Peter and Verla in Focus

The Donville Inniss trial in the USA suffocated the local newsfeed in recent days and prevented the blogmaster – absent the noise – from sharing thoughts about other matters. Now that we have touchdown in the Inniss matter with the predictable verdict being returned, it is time.

Two images were posted in the Nation newspaper on the 12th and 18th of January 2020 which captured the attention of this blogmaster.

One image emblazoned on the Sunday’s front page of the 12 January 2020 showed the beaming countenance of Peter Wickham and Giancarlo with the caption – “Regional political consultant was formally married to his partner of the past ten years, Giancarlo Cardinale yesterday at the Hotel de Ville in Strasbourg, France …

Some will accuse the blogmaster of being homophobic after posting this blog. You are free to do so. Individuals are free to live lifes as they chose, once done within the boundary of the law. We live in a world where same sex unions are being given the ‘weight’ traditional marriages.  The beef this blogmaster has with the Nation Media House is the decision to insert the picture on the front page AND referring to the union as a marriage.

Barbadians are a people wedded to the traditional view that a marriage is ” established between two people of the opposite sex.” The Nation newspaper as the leading media outlet in the country has a duty to responsibly share information that accurately influence given the power of media to influence (manipulate) public opinion. After all we have the vulnerable in society to shepherd. Posting Wickhams so called marriage on the front page  brings into serious question the quality of decision-making at the Editor’s desk at Nation Publishing. 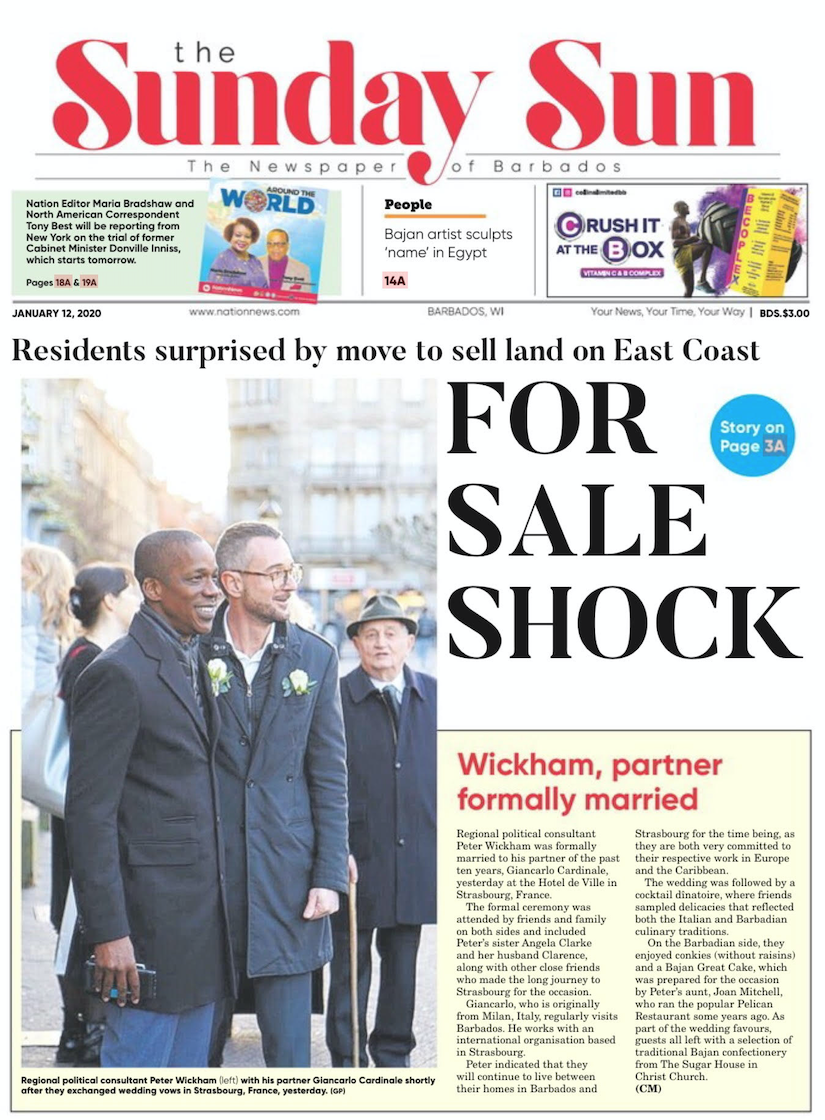 The second picture does not require an exercise in the prolix and can be explained in a few words – one must thrive to make the best decisions at all times Verla et al.