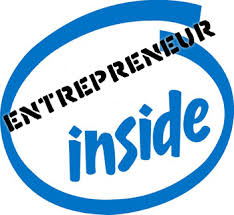 Barbados continues to grapple with the challenge to sustain its cost of living in harsh economic times. One avenue which is a historical fact is the significant contribution which Small Medium Enterprises (SMEs) contribute to economies, especially those which are successful. BU hopes bloggers will post submissions, ideas, feedback about how we can fan the flame of entrepreneurship to the Entrepreneur Corner.

Thanks to Moneybrain for this idea.