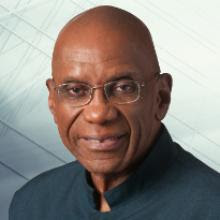 The International Banking Seminar held on October 20, following the conclusion of the Annual Meetings of the IMF and World Bank, was an occasion to reflect on the main concerns of the international financial community. Three issues stood out in the presentations at the seminar: the lack of adequate investment globally, particularly in infrastructure and projects to reverse the worsening health of the environment; the absence of policies to address global inequalities, despite much hand-wringing; and the need to coordinate the policies of Governments and their central banks.

Financial markets are flooded with money, but there is little investment in infrastructure and improving the environment
The trade disruptions caused by the aggressive tariff policies of the US administration, and low and negative interest rates were cited as the main reasons for the lack of interest by private finance in investment projects. The backlash against globalisation, most clearly manifested in the Brexit referendum, has worsened the general sense of uncertainty. Anyone investing in a hotel in Barbados or an ethanol plant in Trinidad will be expecting to attract an adequate rate of return on their investment. The imposition of new tariffs, fluctuations in the rate of exchange, setting up of new borders and erratic movements in commodity prices, all raise question marks about the demand for products and services, and the prices at which they may be sold. In these circumstances the typical investor will hold off investment until prospects become clearer.

Full text of the article –

10 thoughts on “Investment, Inequality and Coordination Between Governments and Central Banks”