The following articles is reproduced in the public interest – David, Blogmaster

By Cheyenne Roundtree For Dailymail.com

Sandals Resorts has been hit with a massive lawsuit over claims the company worked in concert with local Caribbean governments in a decades-long tax fraud scheme, according to court papers obtained by DailyMail.com.

Sandals is accused of charging guests 12 percent tax rates but instead of handing over the money to local governments, the funds are ‘secretly retained by Sandals for its own profit’, according to the suit filed in Florida federal court on Tuesday.

New Jersey resident Vitali Feldman is the only named plaintiff in the suit and hired Miami-based law firm Lipcon, Margulies, Alsina & Winkleman to represent him, along with any others who join the suit, which is seeking at least $5 million. 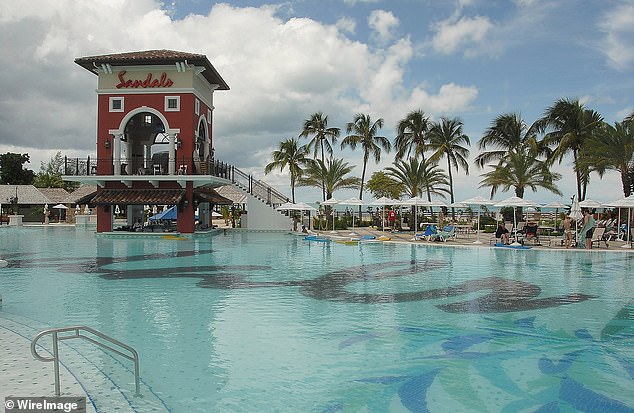 Sandals Resorts has been hit with a massive lawsuit over claims the company worked in concert with local Caribbean governments in a decades-long tax fraud scheme, DailyMail.com has learned

He claims he fell victim to the alleged scheme when he was charged with the ‘all inclusive’ tax rate of 12 percent of the total cost of his stay.

Lawyers claim current and past customers were ‘deceived into paying such tax [in whole or in part] that was, in fact, being secretly retained by Defendants for their own use, benefit and profit’.

The suit states: ‘At all times material, it is represented to the public and Plaintiffs and others similarly situated that the ‘all inclusive’ packages include ”all taxes.”

‘The way the charges were presented to the guests was described in a deceptive way by labeling the charge(s) as a local government tax, when in fact Sandals was charging more money for the room.’

In a statement to DailyMail.com, a spokesperson for Sandals Resorts said: ‘Our customers are our top priority and under no circumstances would we exploit their faith in us.

‘Our valued guests have never been unlawfully charged for taxes and allegations to the contrary are downright false. Not only do we conduct our business with pricing transparency, we meet all of our tax obligations in each of the islands where we call home.

‘We take great pride in being the gold standard in the islands where we operate and have spent close to four decades providing guests with the most comprehensive vacation experience bar none.

‘We will of course vigorously defend against these baseless allegations.’ 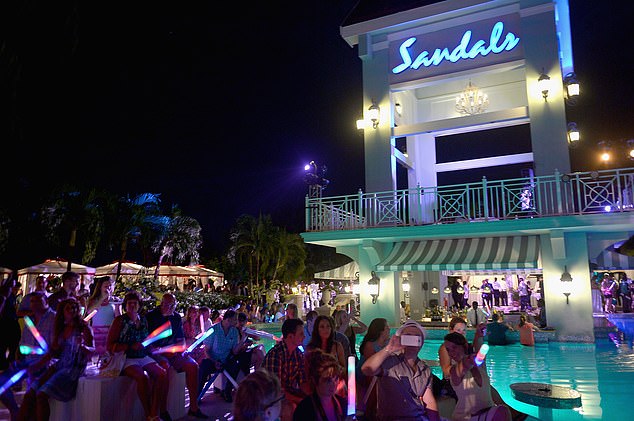 Sandals is accused of charging guests 12 percent tax rates but instead of handing over the money to local governments, the funds are ‘secretly retained by Sandals for its own profit’, according to the lawsuit filed in Florida federal court on Tuesday

But ‘unknown to Plaintiffs and others similarly situated is the existence of an agreement between Sandals and the Turks and Caicos government permitting Sandals to retain a significant percentage of such taxes for its own use and benefit instead of remitting the monies to the government,’ the suit claims.

It adds: ‘These tax charges are used to generate extra profit at the expense of Plaintiff and others similarly situated, who were deceived into believing the fees are legitimate charges directly related to Sandals’ owed and paid taxes to the government.

‘In fact, the fees are nothing but profit-enhancers disguised as taxes that have a legitimate purpose, constituting a violation of the Florida Deceptive and Unfair Trade Practices Act.’

Sandals Resorts is accused of running the same alleged scheme at its resorts in Grande Antigua, Barbados and Royal Barbados where guests are charged a 12.5 percent sales tax.

Again, Sandals Resorts allegedly ‘retained a significant percentage of such taxes for its own use and benefit instead of remitting the monies to the government’, due to ‘an agreement between Sandals and the Antigua and Barbuda government’.

The suit adds: ‘By bundling the fees, taxes, and other charges into the all-inclusive package, Sandals is able to conceal the fact that consumers were being vastly overcharged for the all-inclusive resort package due to the agreement to retain a large portion of the taxes.

‘In short, Sandals has, through fraud, deception, omission and/or concealment, engaged in a pattern of unlawful profiteering, deceit, and self-dealing with regard to charging a local government tax and retaining a large percentage of such.’

The lawyers claim in court papers that Sandals Resorts settled with the government of Antigua and Barbuda over unpaid sales tax totaling $37.5 million up to late December of 2016.

Sandals Resorts agreed to pay $1 East Caribbean Dollar, which is around 37 cents, which the government accepted.

‘Because the government stipulated to not collect the $37.5 million and Sandals retained such monies, Plaintiffs and other similarly situated are entitled to these monies as it relates to the taxes they were fraudulently and deceptively charged,’ according to court papers.

The class action lawsuit is seeking at least $5 million, exclusive of interest and costs.

The Barbados Covid authorities have reported to Worldometer that there are now zero active cases of Covid 19 in the Island. This is huge. It is the first time this year that we have had no active cases and reflects the excellent work that the Covid team has been doing, despite a number of alarums, since the outbreak started. The Covid news have not been so kind to Jamaica, nor T&T, nor Guyana. Jamaica is showing the first signs of decreasing cases, after plateauing but T&T is still climbing rapidly. St Lucia is showing a slight upward trending in its relatively low number of active cases - Lyall Small (See COVID 10 Updates Page)