[Barbados Underground] Walter Blackman responded to BU commenter TheOGazerts on the observation that Barbadians are engaged in the Charles Herbert, a rich Bajan Actuary that contrast starkly with Walter, a Bajan Actuary who is Black and forced to return to the USA to make a living – David, blogmaster

TheOGazerts, Barbados, our idyllic island home, will continue to vomit up its shocking contrasts.

It is only after listening to people on BU describing how “bright” a certain white man is to have completed a degree in actuarial science, then to have gone on to complete the tough actuarial professional exams, then to have gone on to develop a multi-million dollar actuarial company in Barbados, that I found myself making some comparisons. We both demonstrated at the university and professional exams level that we possess the intellectual capacity needed to become fully qualified pension actuaries. However, the demonstration of brain power is where the similarity abruptly ends.

Now for the contrast. He is a bright, rich, white man. I am simply a black man.

In Barbados, this is a huge, huge deal and it naturally and invariably translates into a situation where a universe of opportunities are opened to him, whilst all doors are closed to me.

So whereas someone can boast on this white man’s behalf, that he made millions from selling an actuarial company which he developed in Barbados (not sure if this is correct), I am left to inform BU readers that I was awarded an OAS Fellowship to study actuarial science at the masters degree level with the expressed intention of providing actuarial services to the National Insurance Scheme of Barbados. Alas, I completed my studies but, on my return to Barbados, was never allowed to work at the NIS. I applied for the vacant position of Supervisor of Insurance, which was advertised by the Erskine Sandiford administration. After a series of interviews, the final two candidates were Walter Blackman and Joycelyn Hinds. I attended the final interview and have heard nothing since. I discovered later that Wismar Greaves was placed in the post. Could it be that this was the point at which CLICO was being prepared for its “great” journey?

Attempts to work at ICB amounted to a mere exercise in futility.

More recently, the Government of Barbados, for the first time, advertised the position of CEO of the Financial Services Commission. I knew something was afoot so I made sure that I applied. As expected, I never even got an acknowledgement. However, Sir Frank Alleyne told Barbadians that the FSC had searched the whole world and could find no one but Mr, Randy Graham to fill the position.

What has allowed me to remain mentally strong and steadfast is my firm belief that no one selected Walter Blackman to “unfair” or destroy. This “square pegs in round holes” problem is systemic and thousands of progressive-minded Barbadians, if given the chance, can easily recount incidents of being similarly “unfaired” and discriminated against.

There is some purpose to this madness.

Back in the early to mid-1980’s, a grand designer decided to “corner” and control government’s financial services market. Individuals were handpicked to head major government revenue agencies and to follow certain career tracks (e.g. Supervisor of Insurance, NIS dept, PS/Director of Finance).

Any person or agency wishing to investigate the nature and state of the government’s finances from 1985-2015 is well-advised to start by questioning and interviewing these four individuals along with Erskine Griffith, a former PS/Director of finance, who was ultimately “rewarded” with a minister of agriculture’s salary. These persons were in the best position to know how come government’s financial rules could be violated so easily, and how come the problems raised by the Auditor General for so long could be so contemptuously disregarded with no repercussions or consequences.

With respect to the FSC, every Barbadian watched in disbelief as the organization did little or nothing to protect the rights and benefits of CLICO’s policyholders, or to punish the guilty persons responsible for the scandalous raid on the insurance company. However, when it was discovered that the Judicial Manager was about to publish a report which proved beyond the shadow of a doubt that David Thompson initiated the steps which led to the CLICO raid, the FSC sprang into action and tried to block the publication of the report. Was this the reason why the nephew of David Thompson was put in the CEO post? Was it sheer coincidence that he left the post after all attempts to block the publication of the JM report failed?

We castigate, shun, and in some cases, jail uneducated black Barbadians for their acts of ignorance. At the other extreme, we block well-educated black Barbadians.from taking up positions commensurate with their experience and training, and from participating meaningfully in public life. Participation in public life is now being characterized by corruption, malfeasance, and deceit. Instinct tells me that a social backlash cannot be very far away… 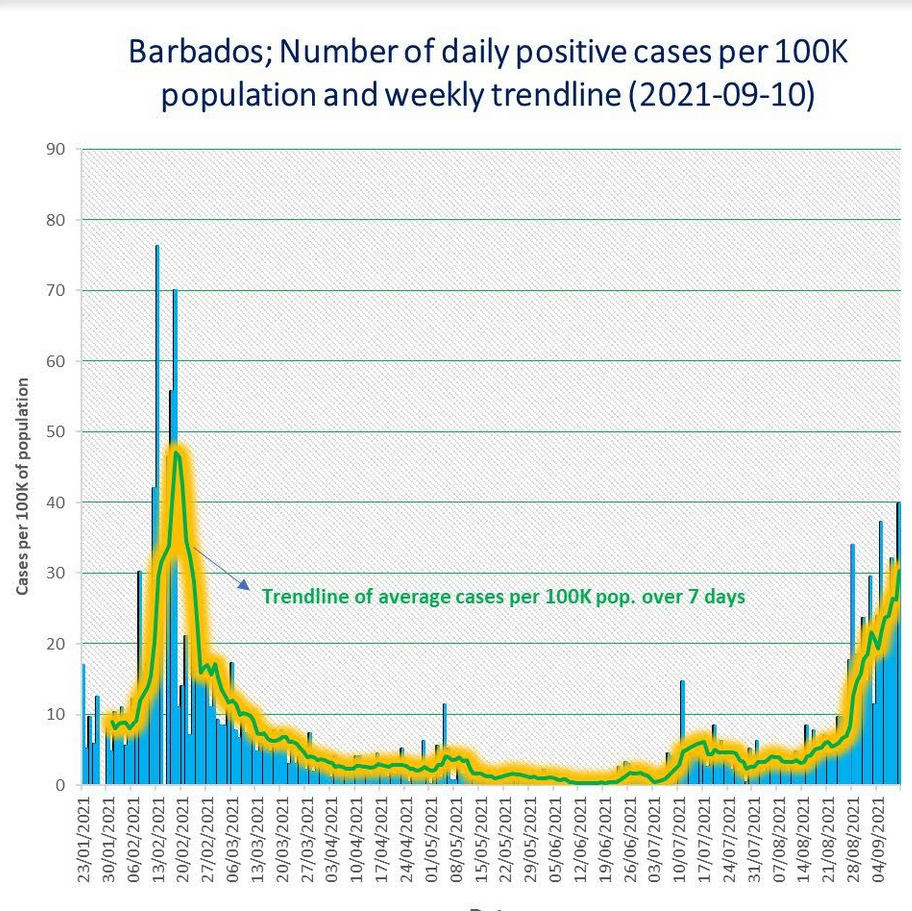 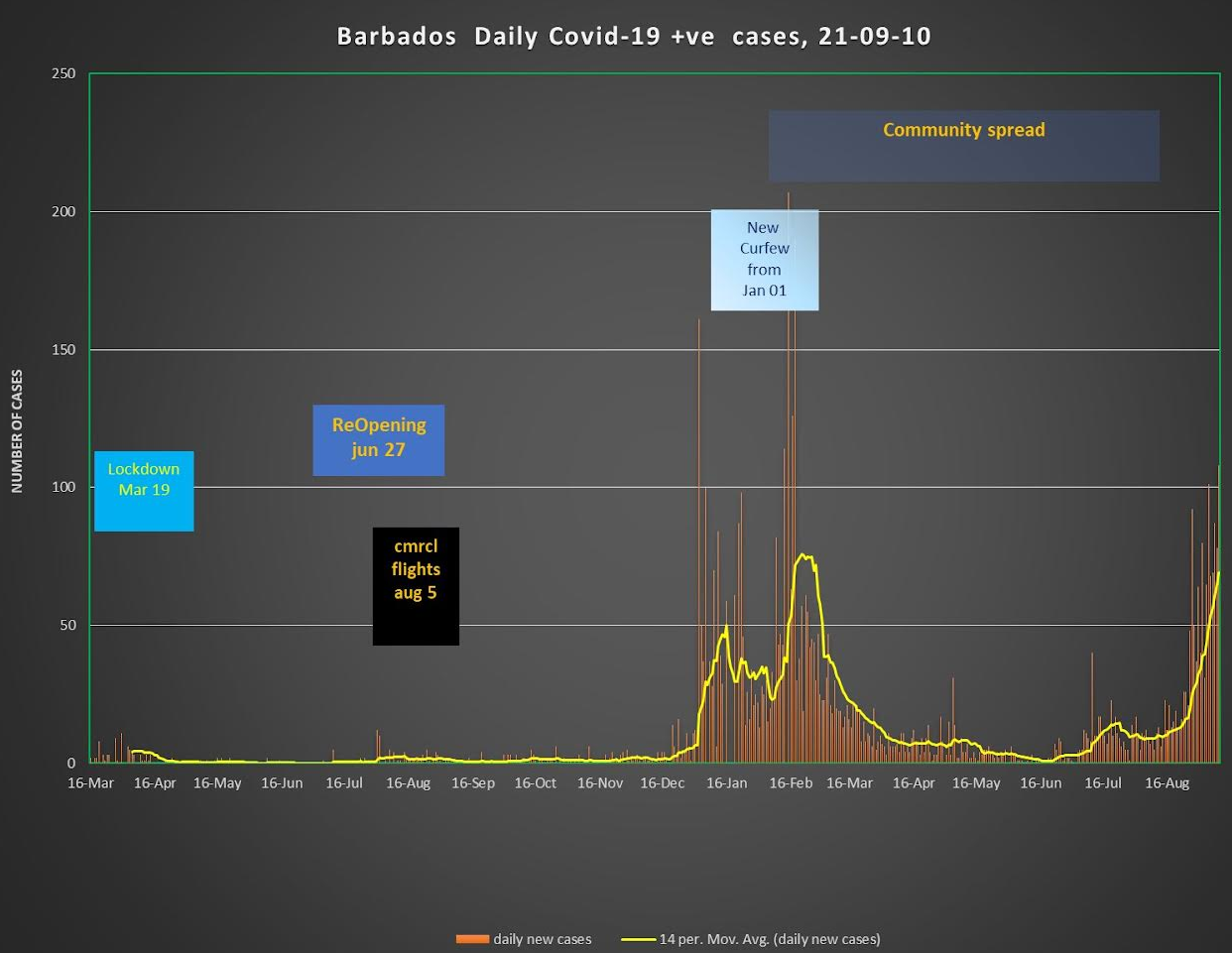 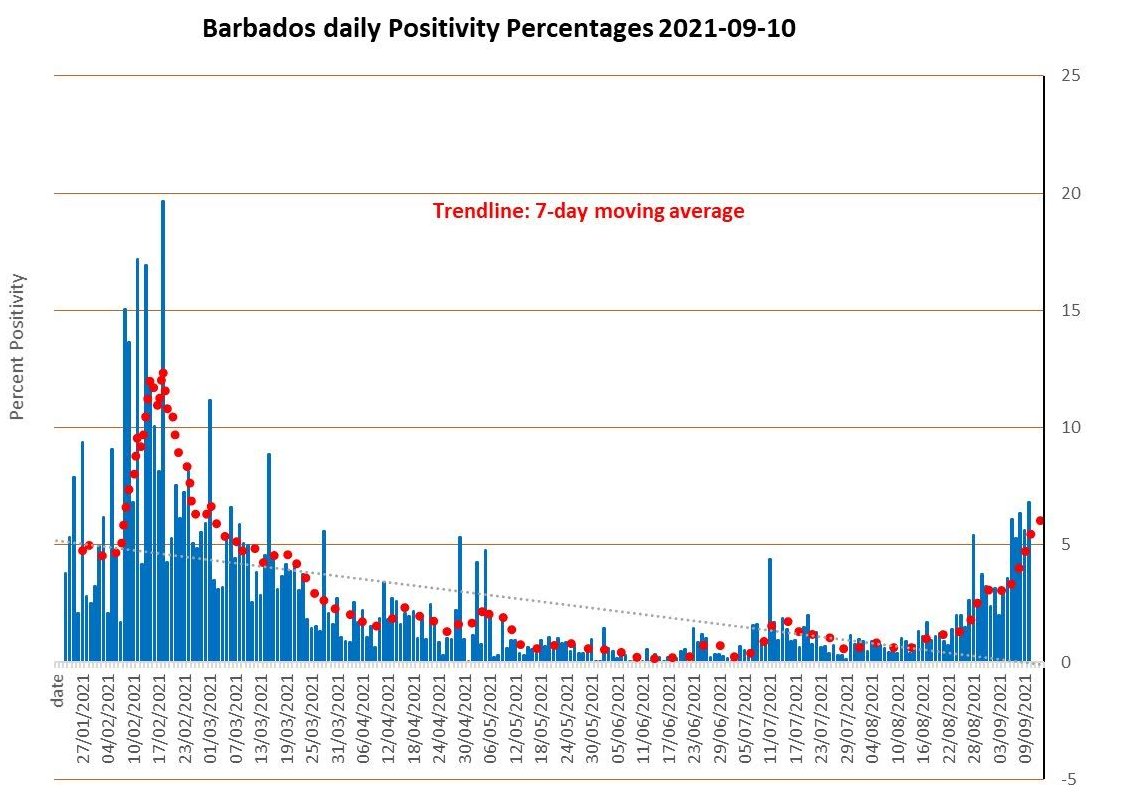 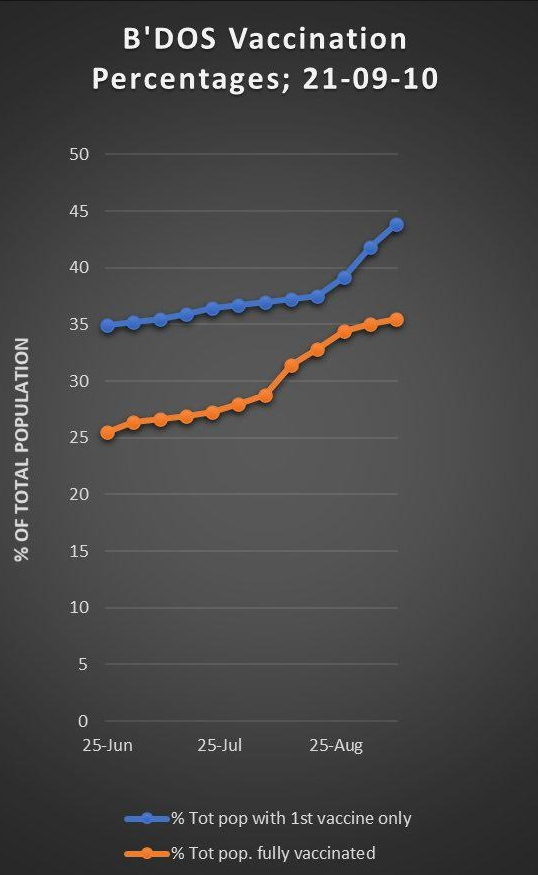 The trends, except to some extent, in the vaccination charts, are not looking good. Indeed, the stark information from the latest Press conference by the PM and the MOH, and given the current global and regional dynamics of the Delta variant, suggest that the next few weeks here will be the most important of our fight against the pandemic. All Bajans need to follow the current Barbados Covid Protocols scrupulously. Any serious slippage could be catastrophic to our way of life - Source: Lyall Small