The Caribbean and the ISIS Threat 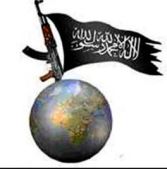 A few years ago is was all about Al Qaeda, now the world has become preoccupied with the threat from ISIS. Although some will challenge the degree to which the two terrorist organizations […]have been manufactured by the foreign policy of the West,

BU is concerned that the Caribbean may be dragged into a cesspool of geopolitics in the near future.

Immediately after the Paris terror allegedly carried out by ISIS, it was reported that three Syrians with fake passports were arrested in St. Maarten. As if this is not cause for worry for Caribbean residents – who live in one of the more peaceful geographies in the world – there is the more worrying development coming out of Trinidad. It is being reported by the venerable traditional media in Trinidad that hundreds of its citizens have joined the ISIS fight.  Is there any doubt Barbadians should be very concerned?

Several events in recent weeks point to a ramping up of global unrest in the ME. Note BU has not mentioned the Black on Black violence also ramping up in several countries in Africa which appears to be a horse of a different colour. What appears to be man’s inhumanity to man rampaging across the globe surely will touch God’s country in a direct way at some point. We have to admit the assurances from Prime Minister Stuart et al provide little comfort we in this part of the world are able to defend our borders from any terrorist threat.

The following commentary by  David Jessop addresses the issue of whether the Caribbean is immune from what the West has branded an ISIS threat.

Commentary: The View from Europe: The Caribbean is not immune

By David Jessop
The sensitive subject of terrorism in a Caribbean context is a matter this column has addressed before with some caution. However, following recent events in Europe it is clear that it is an issue that now needs to be taken more seriously in the region as those who wish harm to the world begin to deploy their ‘foreign policy’.