The Vincentian ULP Government is out of control. With orders from above, unelected bureaucrats armed with arbitrary rules and no need to back them up stonewall and attack Vincentian citizens at every turn. Often bureaucrats and their minions are sent by the political hierarchy to harass and deliberately inflict financial and social damage on citizens unlucky enough to fall foul of what some see as a dictator’s whim or political disfavour. The damage can be overwhelming financially, emotionally, and even physically destructive, sometimes for the whole family. The attempted destruction of the unions, now at their lowest ebb ever, having had all their teeth pulled out.

And who is being held accountable? Government regulation and red tape run amok in Kingstown, and honest, tax-paying citizens are the victims of an administration’s misuse and abuse of power. Hopefully, some Vincentian lawyers who are not unpaid-tax compromised are taking an in-depth look at the legislation that tramples ordinary citizens’ rights, strangling their ability to conduct private, everyday activities without egregious government interference. We must also highlight the outrageous raiding of people’s homes with dubiously obtained search warrants, searches, seizures, and arrests and point to hundreds of regulations that have been added to the books since the ULP took office. Most importantly, we need new charts to direct us from this mess and toward renewed freedom for all Vincentians.

These stories are of everyday Vincentians badgered and harassed by the police and their government — -the very institutions supposed to serve us all. The gross breaches of our constitution are as frightening as they are accurate, and Government Bullies that we have suffered for twenty years are now being scrutinised. This is a call to action for all decent Vincentians.

Because up until now, almost but not entirely, all the Vincentian people have been almost, but not wholly, fooled all the time.

At last, the Vincentian spirit has awoken; people are no longer willing to stand the bullying, the hatred, the spite, and the malicious prosecutions and administration of the law based on falsities and rapidly made-to-fit-laws. Some of the laws are designed to protect politicians and keep them in power, perhaps forever. Spying on the people by politically charged Special Branch, also spying on other political parties. Using the police as a private politically motivated army against all dissenters.

One of the most dangerous things was to opt-out of the PACE Act, which contributed to the loss of SVGS democracy. As a result, police brutality increased a hundredfold.

Squads of politically activated police dressed in fascist black with no identifying numbers. Police dressed in army fatigues and jackboots, playing jungle commandos in the middle of Kingstown. All armed to the teeth, all regime loving, asking how high shall we jump? Beating the public about the head with batons, inflicting serious injuries during protest rallies.

Party faithful and party officials are protected when they commit crimes to be charged for lesser crimes, in lower courts, with charges designed for them to be acquitted or found not guilty. I am, of course, thinking about the police who almost beat a youth to death in the interview room. Then another case, we are waiting for the results of the shooting in the leg of Cornelious John. But, again, the charges against the alleged perpetrators are seen by many as lesser than deserved and designed for acquittal. A young woman committed to the mental home, made to take unwanted treatment of mind-altering drugs because of involvement with a dynasty member.

The people feel let down by lawyers and church leaders who stand by and say nothing whilst all the filth is happening to the people. Lack of comment by the Bar, and the elders of Church’s who are seen to be backing the ULP governments behaviour through their silence. These are professional people from whom the people deserve better. Magistrates willing to go along with the politically motivated court cases.

The year-on-year creep towards a one-party communist police-controlled state must end right now. After that, the people must take back their country, their rights, refurbish and repair their democracy.

The days of harvesting the people to mould into ever forgiving and ever supporting peasants are over. We do not want to be a Cuban or Venezuelan satellite. We want our freedom and rid of what has become a country owned and controlled by a family dynasty. It is over; we are done.

Let us have jobs, investment in industry, proper crime control, prosperity, and peace for all; let us have change. Let us have a government that is dedicated to introducing term limits for leadership positions. Never again to have a “must come back to papa” head of state. Never again allow the introduction of a family dynasty. Let us have full transparency in all matters.

Please let us have a peaceful transition, do not push the people into a corner of violence, they deserve better. 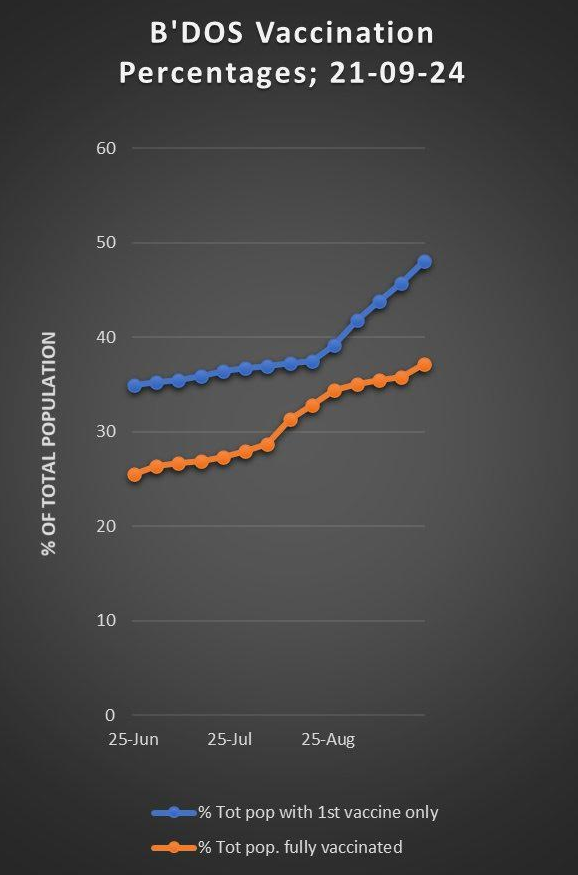