The COVID 19 virus is wrecking havoc on the Barbados landscape based on the number of infections experienced in recent days. Our worse fears are being realised with 92 reported infections listed in the recent dashboard. During a press conference yesterday authorities advised current trajectory if left unchecked could see 500 cases of Covid 19 infections daily starting as early from next week.

Another interesting revelation from the authorities is that unvaccinated persons AND children are showing high on the infected trendline.

Here is a simple bit of advice to Barbadians, unvaccinated AND vaccinated people – follow the rh Covid 19 protocols – wear your mask properly (not under your neck or with nose exposed), practice good hygiene by washing your hands and avoid rubbing eyes and nose, and keep your distance (in other words, assume the person standing next to you has the virus, especially if they do not belong to your household bubble).

A look at the Covid 19 charts compiled by BU resource Lyall Small and updated to BU Sidebar to the right of the BU Homepage – the data paints the worrying trend. Unlike all the many armchair experts the BU blogmaster cannot offer definitive advice EXCEPT to follow the guidance of the medical fraternity.

The blogmaster will resist being prolix because of all the writing posted about COVID 19. In summary, our rate of COVID 19 infections is spiking, we need to arrest it because our fragile economy does not have the capacity to withstand the sustain shock given the demands on it. Kudos to the government for building capacity in the healthcare system to manage a large numbers of Covid 19 infected people. We have the Cuban and Ghanaian nurses who will have the opportunity to earn pay.

The fear of the blogmaster is with a general election approaching political rhetoric from all sides will not help to guide the thoughts of a local population caused by COVID 19 and flailing economic fatigue. 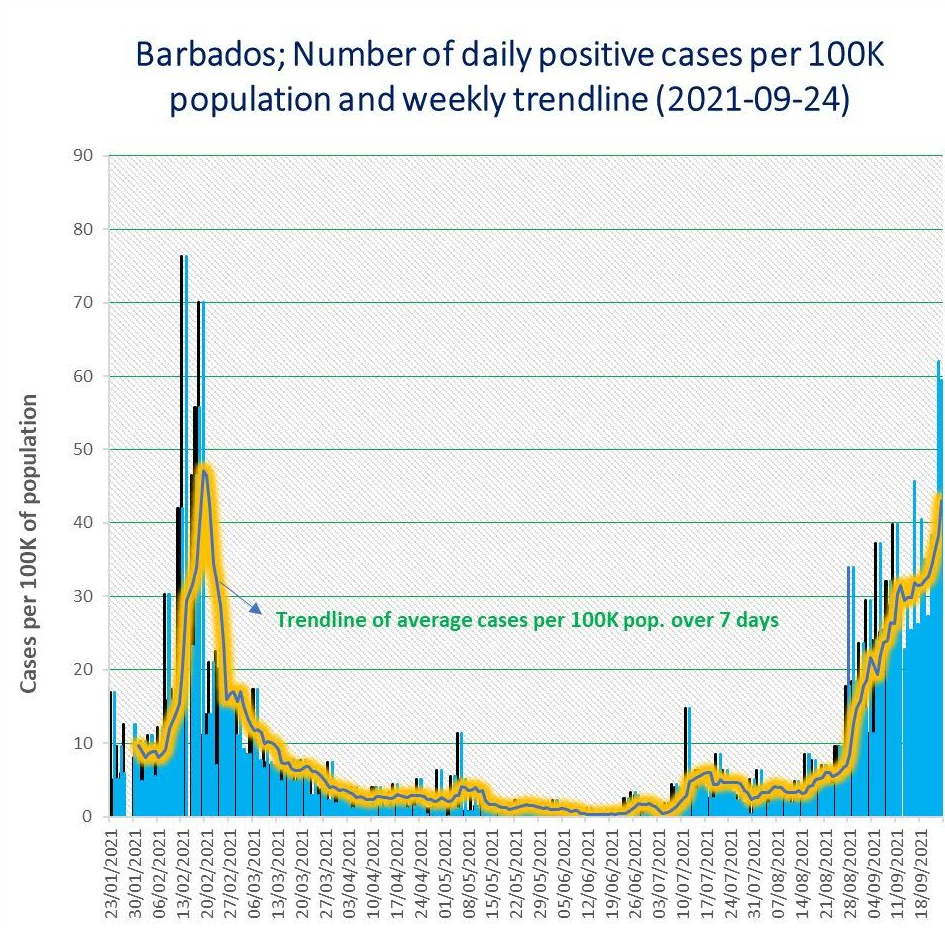