It was recently announced, by the Government Information Service, that the Protective Service Commission has approved the appointment of Mr. Oral Williams on promotion to the post of Deputy Commissioner of Police in the Royal Barbados Police Force, with effect from May 1, 2020.

I really don’t know if I should congratulate or offer commiserations to Mr. Williams. This has nothing to do with his fitness for the post. I do not know of his work or performance as a senior police officer and cannot speak to his fitness. My concern is that he has been appointed to a non-existent post, since someone is already substantively appointed Deputy Commissioner.

The Police Act, Chapter 167 of the Laws of Barbados, states at section 6:

The number of persons appointed to the post of Commissioner and Deputy Commissioner is subject to primary legislation, in this case the Police Act, and can only be changed by an amendment to that Act done in Parliament. On the other hand, the Police Act goes on to give the Minister responsible for Civil Establishments the power, by subsidiary legislation, to determine the number of Assistant Commissioners, Superintendents, Inspectors, subordinate police officers and constables.

The power to make appointments to public offices and to remove and to exercise disciplinary control over persons holding or acting in the Public Service is vested in the Governor-General, acting in accordance with the advice of service commissions, in this case the Protective Service Commission. That service commission, like all others in Barbados, can only recommend the appointment of persons to post that are available. There is only one post of Deputy Commissioner available and that is already filled.

Who is responsible for this cock-up? Is this yet another example of this Government not getting anything right the first? 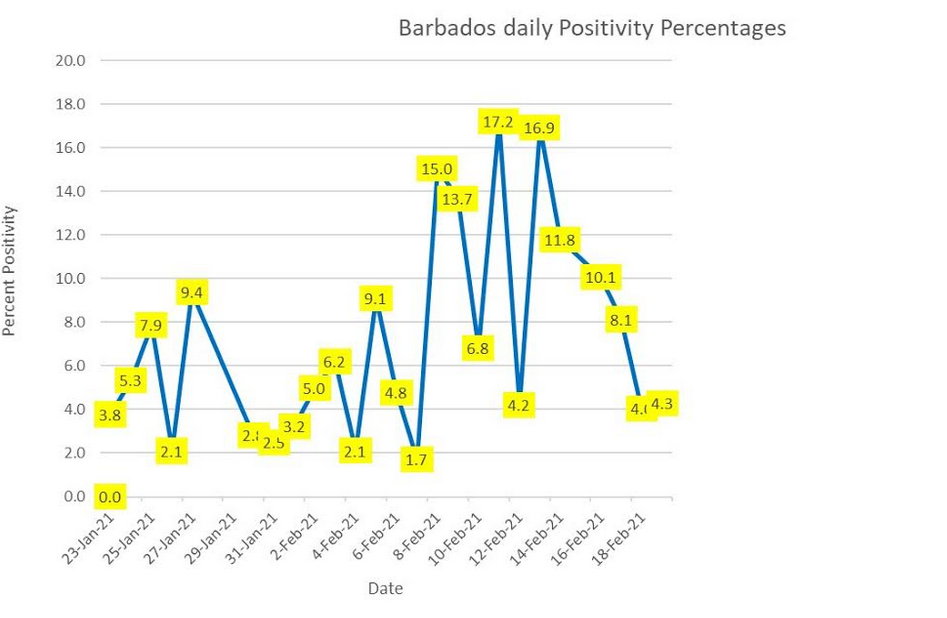 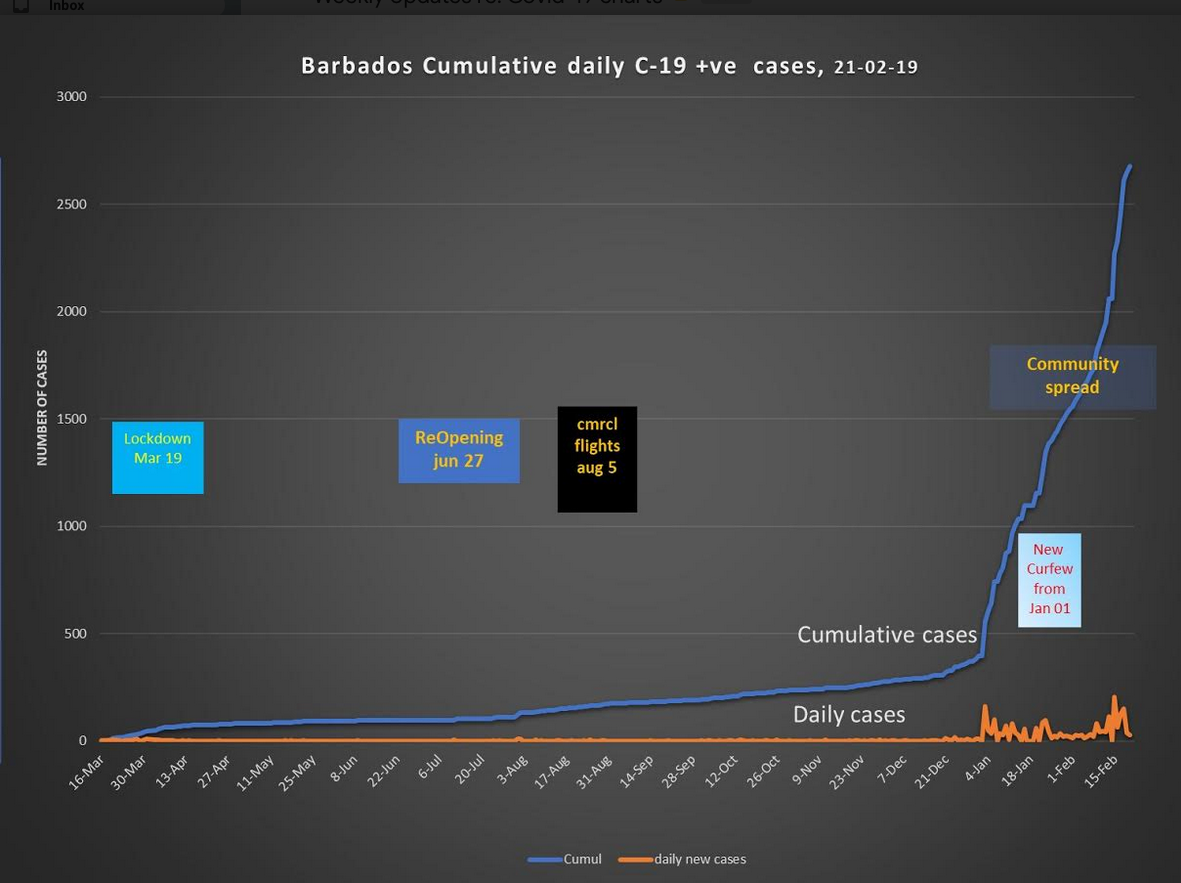 Attached are charts for the week ending today Friday 19th. I added a new chart on percent positivity for the data from 23rd January because of a post by Cuhdear bajan. The last 5 or six weeks have been quite traumatic for Barbados re. deaths and almost every other parameter. Rapidly escalating cases and deaths as well as lack of an essential reagent for tests led to some problems including some inaccurate / late reporting of some test results. It appears that most of those problems have now been overcome and it is hoped that the trajectory of the positivity percentages and some other data will become evident over the next few weeks. In the meantime, Barbados' active cases are currently trending upwards, an unwonted characteristic it shares only with Jamaica amongst the 6 countries being monitored - Lyall Small