Mia Mottley Has Become a Best Friend of Ralph Gonsalves

Tom Adams, the deceased Prime Minister of Barbados, must be rolling in his grave when he sees the cooperation taking place between the current Prime Minister of Barbados, Mia Amor Mottley, QC, who like Gonsalves is an attorney. Like Gonsalves, she is the leader of a Labour Party, her close affiliation with Dr. Ralph Everard Gonsalves currently the disputed prime minister [disputed by a large section of the electorate] of Saint Vincent and the Grenadines.

Adams banned Ralph Gonsalves from Barbados, made him officially ‘Persona-non-Grata’ wouldn’t have him on the island. Gonsalves was said to escape the island under cover of darkness, covered in a stinking tarpaulin and dressed as a woman, getting a ride with a well known Bequia boat captain, Captain King, to Saint Vincent. 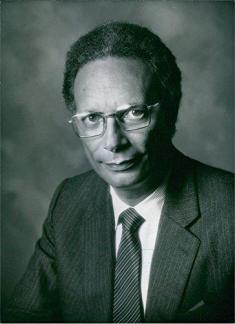 I suppose to be fair to Tom Adams, Gonsalves was banned at one time or another from two other island states as well.

Adams maintained close relations with the U.S. He was the leading proponent in the grouping of Eastern Caribbean states that asked Reagan to intervene in overthrowing the Cuban-backed communist regime of Bernard Coard, who had toppled Maurice Bishop, who was later murdered, in Grenada. Barbados was used as a staging point for some of the U.S. forces, and a nominal contingent of the Barbados Defence Force accompanied in the invasion force’s wake, not least to allow (as Barrow claimed) Reagan to gild the statistics. The Barbadian population was of two minds about Adams’ move, generally conceding that Bishop’s murder had moved Grenada too far, but being uneasy with Reagan’s U.S. heavy-handedness. Nevertheless, Adams’ BLP was tipped to win the upcoming elections at the time.

Tom Adams died of a heart attack at Ilaro Court, the Prime Minister’s official residence, on March 11, 1985. He was the first sitting Prime Minister of Barbados to die in office. He was buried in Bridgetown, Barbados, at the churchyard of the Cathedral Church of Saint Michael and All Angels on Saint Michael’s Row.

Ralph Gonsalves supportive, and was deeply mixed up with the Marxist – Leninist revolutionary Maurice Bishop, who led a Cuban/Russian encouraged coup d ‘état in Grenada know as the Grenada Revolution in December 1979. Gonsalves was riding in his car and attending meetings and rallies and writing the speeches for Maurice Bishop.

Gonsalves also hitched a ride from Grenada in a USSR supply plane, which dropped him off at Barbados airport. The Russians wrote during the Grenadian revolution that Gonsalves was someone they could trust. That perhaps only added to Tom Adams’s intense dislike of Gonsalves. But the feeling became more intense because Gonsalves never forgave Adams for being a kingpin in the U.S. invasion of Grenada, which brought the revolution to an end and reinstated democracy. The ending of the communist era in Grenada must have been a significant disappointment for Gonsalves because he had always dreamt of SVG being a communist stronghold under his command. Now all those ideas were dashed to the ground.

During my research for this opinion, I came across this, which I had forgotten. But since being written has become a classical part of the history of Saint Vincent and the Grenadines. It is essential in the scheme of things; I recommend everyone to read it.

This article is spread through different agencies worldwide.

Comrade, by a different means you have almost achieved what you failed to fulfil all those years ago. During these past years, you have faithfully stuck by, if not clung to, your friendship and affiliation of the Communist Castro owned Cuba. I suppose you will feel real success if you somehow-or-other get re-elected in 2020. For the sake of SVG, let’s hope and pray that never happens.

Well at least Gonsalves will not be annoyed by what he reads here, because he is proud of his past and wears it like a medal of honour. He has even written about it himself, a slightly different version of course. You too can read his book, The Making of “The Comrade”: The Political Journey of Ralph Gonsalves, only US$29.95 free shipping.

“The past is never where you think you left it.”

A Matter of Integrity

On the 29 th of July 2022 on the floor of the Senate Minister of Tourism Lisa Cummins during wind up on Resolution: Special Loans

Submitted by Terence M. Blackett “Pigs can’t fly? Have you been to the airport lately?” ~ Gerald Celente In the aftermath of September 8, 2022,

Chaos on Our Roads, Here, There and Everywhere

Traffic congestion on the roads in Barbados has always been horrendous as it is in most countries at peak hour. In recent years with the

Submitted by Steven Kaszab The authorities have told us that while covid-19 is still with us for the near future, that the economy and our

Not so fast Mr. Minister Abrahams!

Submitted by Women in Action – 21st September, 2022Press Release In acknowledging the presentation of the findings coming out of the departmental enquiry at the

Since the death of Queen Elizabeth, I was uncertain how to publicly respond. I believe all Barbadians are similarly uncertain. Many who dared express sentiments

Millennials Poorer – What it Means for Barbados

A Citizen’s Fight Against FLOW, no help from FTC

Barbados Underground highlights the following as a public service. If FLOW or DIGICEL want to make representation the blogmaster is open to sharing the other

Attached are updated Covid-19 incidence charts to 11th September 2022. There now seems to be a consistent reducing trend in the incidence of the disease as seen in the charts above. Deaths, Raw incidence, and Positivity and Ro numbers have now decreased to the lowest levels seen this year. Even so caution should not be thrown to the winds. The populace should continue to follow the Government’s published protocols and protect the most vulnerable ones.