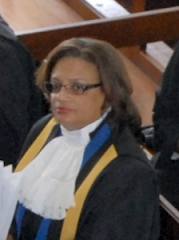 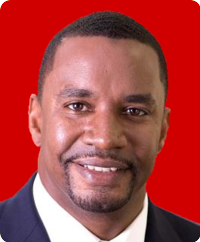 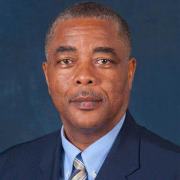 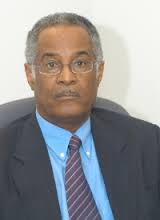 Update: The Nation newspaper has issued a public apology to Sir David Seale and Caswell Franklyn in today’s  edition. It turns out that it was our own Caswell who penned the Guest Column and NOT Sir David

In a recent blog BU investigated the issue of attorneys who opt not to be members of the Barbados Bar Association (“BA”) on the basis that the Legal Profession Act contravenes the Constitution of Barbados and is, as a result, a nullity ab initio.

The almost unanimous opinions expressed by BU’s legal eagles was that the Legal Profession Act would be found in law to be a nullity ab initio.

BU has received a letter from attorney-at-law Wilfred A. Abrahams to the President of the Barbados Bar Association dated April 12, 2003 in which he gives notice that the attorneys of the chambers of which he is head, Aegis Chambers, intend to object to appearing in court with any attorney who has not submitted themselves to the Legal Profession Act and, inter alia, accusing these dissenting attorneys of committing an illegal act by practicing law – See Letter sent by Abrahams to the Bar – part 1 and Part 2

Mr Abrahams is being disingenuous to a degree that is alarming in a practicing attorney-at-law. At the Annual General Meeting of the Barbados Bar Association held on Saturday November 01, 2008 at Amaryllis Beach Resort – a meeting chaired by none other than Mr Wilfred Abrahams himself, in his capacity as president of the BA, BU notes the section of the Minutes of the meeting as follows:

A query was made by Ms Paula Lett as to whether there was a meeting with the Registrar [Maureen Crane-Scott now a High Court judge]  to discuss the issue of Attorneys-at-Law practicing privately in Barbados who had not paid their annual fees and the outcome. The Chairman [Abrahams] in response confirmed that a meeting was held with the Registrar and the Chief Justice [Sir David Simmons] and after a number of meetings and a number of letters, it was decided that it was not worth the effort to pursue this matter and that litigation to do so would be too expensive. This matter will no longer be pursued. [BU’s insertions] – See Extract of Minutes parts 1 & II

To add to the mix, is a column by Sir David Seale – who is not a lawyer and has no right of audience before the courts and no professional competence as a lawyer – which was published in today’s Nation (17/04/2013). Sir David offers what is in effect a legal opinion, even going so far as to quote the Legal Profession Act, and opines that the dissenting counsel are breaking the law – See Sir David Seale’s Guest Column Nation Newspaper.

Some may find a disquieting similarity between the opinion proffered by Sir David Seale and some of those published elsewhere. It is well known that Sir David Seale’s closest neighbour is none other than the daughter of the other Sir David (Simmons) and that the Seales and the Simmons are very close friends – indeed, it has been observed that each and every weekend, Simmons stays with his daughter and enjoys the unrelenting hospitality of Seale. Obviously people who are close to Simmons think that this confers on them a law degree and right of audience.

There are a number of matters that BU finds deeply disturbing here.

It appears that, far from going into retirement at the undeserved expense of the Bajan taxpayers, Sir David Simmons is still trying to influence the administration of justice which, during his tenure first as AG and then as CJ, he has the distinction of rendering into that of a banana republic.

Sir David Simmons is trying to insist that his appointees on the Bench be respected, even though by his own actions and omissions (and their own) he and they have eradicated their right to any respect whatever.

As for Wilfred Abrahams, BU ventures to suggest to him that sour grapes will not get him the QC he so earnestly desires. AND that neither will his attempts to go through and curry favour with what is now the back door.

Recommended Reading – Other Tales From the Courts