NATO’S WAR ON THE RUSSIAN FEDERATION – SPECTRE OF A SUDDEN COLLAPSE, CAPITULATION

Submitted by Pachamama Within the milieu of endless propaganda projects, in the West, designed for consumption at home and abroad, Russia’s objectives have markedly slowed as Ukrainian president, Volodymyr Zelensky, fastidiously follows a laughable Western dictation that the Russian Federation can be made to bleed and eventual brought to accept capitulation, as so delivered by the leading messenger boys and

END_OF_DOCUMENT_TOKEN_TO_BE_REPLACED

Submitted by Pachamama The late Zbignew Brzezinski’s greatest fear, others too, was the control of Eurasia by non-Western forces. Meaning any actors other than the Atlanticists, specifically not Russia and certainly not in an alliance with China or other Eurasian actors. And they had ‘just’ cause in reaching this determination. For history has clearly shown that “she who controls Eurasia,

END_OF_DOCUMENT_TOKEN_TO_BE_REPLACED

Submitted by Terence M. Blackett (Un)holy Race Wars: “His Blood Be Upon Us And Our Children” – Russia Lights The Flame That Brings The Nations To Jerusalem For The Final Battle “They sow the wind, and (shall) reap the whirlwind” (Hosea 8.7) The tessellation of Europe is indeed a fascinating study endeavour. Paleobiologic and Paleogenetic science is unearthing revisionist paradigms

END_OF_DOCUMENT_TOKEN_TO_BE_REPLACED

Russia, Ukraine, the United States, and the Caribbean Scumarama

Submitted by Nathan Green, SVG, 2022 The unfortunate thing about the US is that its current government are cowardly actors for the greater part. The previous president was a strong man and was hated for being a strong man. Cowards hate men of strength; because they frighten them. Today the US has the weakest and most cowardly president of all

END_OF_DOCUMENT_TOKEN_TO_BE_REPLACED

Last week (24 Feb 2022) Russia invaded Ukraine. The reported images and videos of the war are distressing. The reports of deaths are heart-breaking. At this time, we should be reminded of the historical lesson that the first casualty of war is normally truth. We should not ignore history, and naively believe that this is the first war where truth

END_OF_DOCUMENT_TOKEN_TO_BE_REPLACED

A People Insensitive to War

Submitted by Steven Kaszab I could not sleep last night. Watching the news casts about the war in Ukraine and Putin’s orders placed to put Russian Nuclear Weapons on high alert just took my breath away.  It’s like a time warp where we have returned to the 1960’s cold war.  Have you noticed that we are desensitized to what is

END_OF_DOCUMENT_TOKEN_TO_BE_REPLACED

Originally posted on Caribbean Empowerment Blog:
CARICOM should defend world peace and not allow itself to become a tool of NATO warmongering By A. T. Freeman On the 13 February, CARICOM issued the following statement. “The Caribbean Community (CARICOM) is deeply concerned by the on-going developments along the Ukraine border and calls on all parties involved to act responsibly and…

END_OF_DOCUMENT_TOKEN_TO_BE_REPLACED

In this part of the world there is the misconception by many that because we are located thousands of miles from Russia and the Ukraine, we will be unaffected by events unfolding. This is far from the truth given the interdependence of the global economy and how unrest fueled by war and rumours of war will further disrupt supply chains

END_OF_DOCUMENT_TOKEN_TO_BE_REPLACED

If Russia goes to war with Ukraine, the member countries of the North Atlantic Treaty Organization (NATO) have promised to inflict punishing sanctions on Russia. NATO is a military alliance of 26 European continent countries, plus the UK, US, Canada, and Australia. Essentially, it is an agreement to defend any member that is attacked. Since Ukraine is not a member

END_OF_DOCUMENT_TOKEN_TO_BE_REPLACED

Is Russia Ukraine Conflict a Concern?

It is not surprising to hear anti-Russia sentiment being spouted in the Barbados space. Individuals will form opinions based on how they have been indoctrinated. In this part of the world our people are bombarded with western news streams particularly from USA and UK sources. Again, it is not surprising the anti-Eastern sentiment baked into our world view. In previous

END_OF_DOCUMENT_TOKEN_TO_BE_REPLACED 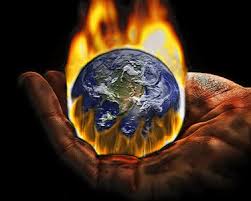 As Obama steps up his concentration on the part of government where he still holds relative influence, he and his allies are taking a beating in Ukraine. As commodity prices leap into a deflationary death spiral, American internal pressures mount on the Venezuelan government to curb its influence in the region, with a serious threat to the Maduro regime. With the ’empire of chaos’ becoming more and more unpredictable, by the day, foreign policy thinkers are seeking to make sense of what appears to be a monumental nonsense – they must come to see it as characteristic of empire’s end. With the rise of Syreza, in Greece, Europhiles are waiting for an anti-austerity backlash that could change the political landscape of the community and deliver a mixture of socialists and far right elements into the seat of several governments.

This represents but a snapshot of the global political-economic-military environment. It is an environment in which interests, not friendship nor sentimentality, inform national decision making in a largely callous manner. There is no loyalty amongst nation states as there is none amongst thieves. So the ‘peace’ president has traveled to Indian where he signed significant agreements with Narendra Modi, an ultra right wing, Hindu, zealot. Those agreements included the transfer of nuclear technology in a potentially volatile arena. The trade dimensions would suggest to observers that Indian is now being groomed to challenge or create a rift in relations with China. It is however remarkable that at the military parade, of which Obama was invited to observe, nearly 100% of the equipment on display was Russian.

END_OF_DOCUMENT_TOKEN_TO_BE_REPLACED

Putin – The Theory of the Big Lie

Submitted by Pachamama Those who are capable of tyranny are capable of perjury to sustain it – Lysander Spooner In a time of universal deceit – telling the truth is a revolutionary act  – George Orwell If you repeat a lie often enough, it becomes the truth – Joseph Goebbels All warfare is based on deception – Sun Tzu Our

END_OF_DOCUMENT_TOKEN_TO_BE_REPLACED

Dateline Ukraine – The NEW Cold War, The Grand Chess Board

Submitted by Pachamama The schizophrenia of Western leaders and policymakers reminds us of their ‘illustrious’ forebears in Ancient Rome, particularly Nero and Caligula. For it was Caligula (37AD – 41AD) who named his horse as pro-counsel and Nero (54AD – 68AD) whose location of extreme madness at the centre of world governance remains infamous, even after nearly 2000 years. The

END_OF_DOCUMENT_TOKEN_TO_BE_REPLACED

The Bear Wrestler and POTUS

We live in the information age which gives currency to the view he who controls information controls the world. In response to the explosion of information governments  in the name of protecting national interest have been aggressively encroaching on the civil liberties of its citizens.  How far is too far when national interest is at stake? BU has been observing

END_OF_DOCUMENT_TOKEN_TO_BE_REPLACED

First it was the Queen Elizabeth Hospital, and now some heartless Barbadians have found a new dumping facility for their elderly relatives at the Harrison

Submitted by Steven Kaszab I hate this subject with a passion. Nothing can drive apart a relationship, group of people or stop a conversation stat

It would be remiss of the blogmaster if the yesterday’s 2022 Grenada general election was not highlighted in this space. Keith Mitchell’s New National Party

For as long as BU has been around there has been concern expressed about the shamble state of travel in the region. The HoGs are

During the 2022 General Election analysis Dr. Kristina Hinds made the point that given the overwhelming mandate the BLP received from the electorate, citizens will

It is 148 days since the last general election in Barbados. The result returned the Mia Mottley led Barbados Labour Party (BLP) the office in

Centrals Banks across the globe are coming under increasing scrutiny given what many consider the implementation of flawed monetary policies. With the possible exception of

Attached are the updated Covid-19 charts for the week ending 24th June. The charts show a consistent uptick in the incidence of Covid-19 over the last few days. This might merit increased attention by the authorities, especially as the Ro reproductive number, which has been under 1.0 since mid-may, has now surpassed 1.0 for the past 3 days.