Returning recently to Barbados on a British Airways flight, landing early from a near freezing Gatwick Airport, it was a real treat to clear entry formalities using the automated passport kiosks in seconds. Then being finally processed by a warm welcoming female Immigration officer.

With only cabin baggage, passing through the red channel was just as trouble free, with time to speak briefly with the very friendly male Customs Officer. These visitor first impressions, especially when choosing us as a destination while being confronted with multiple options, makes a huge psychological difference.

We tend to forget, that for the majority of our cherished guests, have endured many hours of travelling, even before they board the plane for the nine or so hours of flying from Britain and Europe. Especially in our peak winter months, leaving their home in the dark dead of night or early morning, often in severe weather conditions.

By the time that plane touches down at Grantley Adams airport, they just want to disembark the aircraft, make their way to their own particular accommodation choice and get to the room to hopefully enjoy a first drink before falling into bed.

Anything that we can collectively do, to speed up check-in at the hotel, villa, apartment or alternative lodging, is a win for our arrivals, like pre-registering online, rather than wait for indeterminate times at reception desks.

While this, for many, may seem like an obvious observation, in my personal experience, it is not a universally adopted practice at the vast majority of accommodation offerings. In most cases the hotel is aware of the flight arrival time and can organize the cleaning and preparation of the room accordingly, to avoid lengthy delays at check-in.

For repeat guests, while owning a small hotel, we adopted a simple policy of placing a locally made welcome back gift in each room, recognizing that those who made the decision to return, were the most valuable guests, as no further marketing or promotional dollars were needed in their particular case.

We also ‘cushioned’ the cost of holiday extras by including several non-accommodation options like car rental, activities, attractions and dining experiences in specific packages which passed on negotiated discounts to our guests from certain suppliers.

The thinking behind this concept was, that we can only extract revenue in so many ways and better to have the paid commitment of a non-refundable room deposit for a future stay, than not.

For us, it made planning and budgeting very much easier and directly resulting in achieving one of the highest occupancy levels of any hotel on the island.

As our hotel operating days shortly come to an end, in our thirty years it has been an incredible learning experience.

For those still pondering a future in the hospitality industry, I cannot think of a more rewarding sector for those who really want to make a positive difference in our nation’s future.  But to pretend it is not without challenges that requires dedicated hard work, would be like perpetuating a myth. 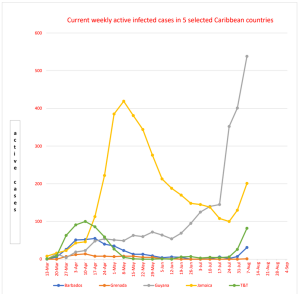