To Help a BLACKman of the Soil, but MONEY Prevails Overall 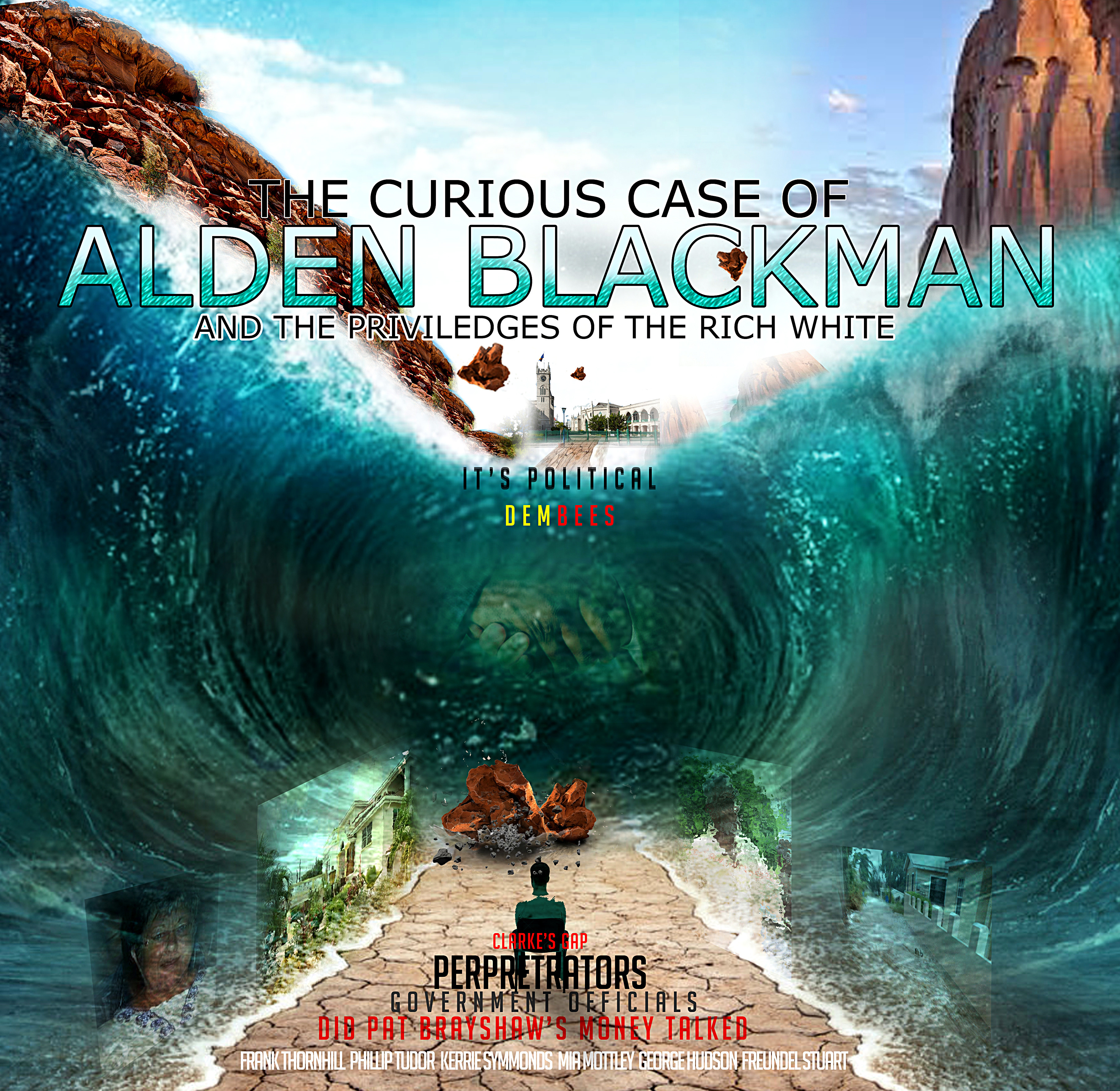 Alden Blackman has been pleading for 15 years for help involving flooding in his native home village in Barbados known as Clarke’s Gap. The story can be found on Barbados Underground, where Mr Blackman has provided a detail account of the events leading up to the floods that threatens his property.

What should be of interest to readers, but well known to almost every Barbadian, is that as long as you are wealthy in Barbados, you are entitled to certain privileges, freedoms, exemption from penalties, and even special treatment in matters related to the law. That is because the law that is practice in Barbados is a big respecter of persons.

This is a known fact because stealing has two different classifications depending on what status you hold in the land of the cou cou and flying fish. For example, a lawyer stealing thousands of dollars of his client’s money is treated differently then a government clerical officer who steals a similar amount. One would be given a private hearing and told to get a lawyer or a simple slap on the wrist penalty outside of court proceedings, while the other would face the courts of Barbados, charged for theft and face possible incarceration. Depending on who you are again, you can go for years without paying millions in taxes and do not have to worry about prosecution, period, whereas a normal citizen owing a few hundred in taxes would not be so fortunate.

This is the Barbados that many Barbadians have come to know for its shenanigans and double standards. That is why we have to wonder why successive governments in the form of BLP and DLP have not lend ear to Mr Alden Blackman’s plea.

Could it be that deals where struck and money passed permitting this rich woman to do as she please in a known water course that the locals in Clarke’s Gap know far better than she? Could it be that the reason why Mr Blackman has not seen resolve or aid in this matter is because he is average in status and have no bargaining power the likes of which money in Barbados provides?

What is clear in this matter is that Alden Blackman is suffering as a son of the rock , while a non native of the rock is living in comfort and without fear after permitted to build an access road that is diverting the natural flow of water in the water course towards his property.

The matter should draw the attention of the newly elected BLP party Prime Minister, Mia Mottley because it was under BLP leadership that this matter was birthed. A son is asking for your help, Ms Prime Minister. Its been 15 years and a few elections later and still no redress to this matter. The same way how the elected Prime Minister can change the constitution to get her friends into senate positions in the government, grant tax amnesty to those owing millions in taxes without penalty, and refusing to conduct investigations into a DLP she described as operating in the shade and under cloak, she can now show Barbados that her interest also lies in helping out the common man.

The ball is in your court Ms Mottley. Help one! While you are contemplating if you should help this small fella or not, look into the charge that senior civil servants are coercing clients into paying cash sums for expediting paper work and the granting of permissions. I will implore any Barbadian who have proof of this to come forward with it.

So what will you do Prime Minister Mottley? Remember that you were up in arms over the Mark Maloney Coverly obstacle that you rightfully removed. Let us see if you will do the same to help Mr Alden Blackman versus the rich white who is using the permissions given to her to do as she likes. #WhataboutAldenBlackman?