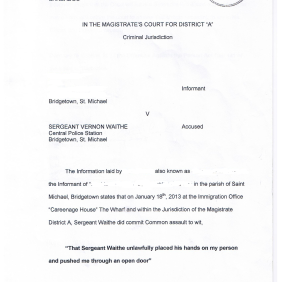 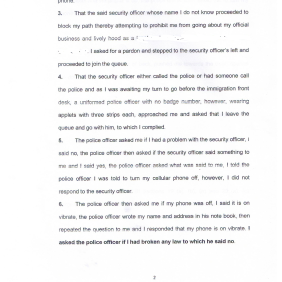 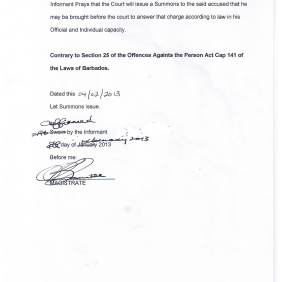 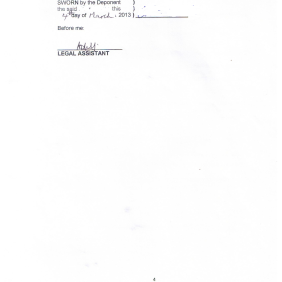 BU has received the following proceedings which should be of interest. The Complaint is part of a filed proceeding and in our view it falls into the public domain. However, BU will not comment on this matter, which has been adjourned until June 27, 2013 and is before Magistrate Deborah Holder.

Given that this matter is a criminal complaint against a serving police officer and given the growing international media attention directed at the Royal Barbados Police Force (RBPF) over the Crawford rape case among others as a result of incendiary comments of Commissioner Darwin Dottin, BU holds that this is a matter of public interest.

BU strongly suggests Magistrate Holder to act with haste and integrity now that this matter has commanded the attention of BU. The information age means that any nepotistic or biased tendencies will find their way into the international press.

We understand that the Complainant is acting in propria persona and therefore it is the duty of the court to assist them as far as it is able and cut them slack. IF BU is made to understand that the Complainant is harshly treated as Court Officers are wont to do in similar circumstances, we will not hesitate to leverage the international media connections and friendships at our disposal.

Please note BU has exercised the right to redact the document to conceal the name of the Complainant. 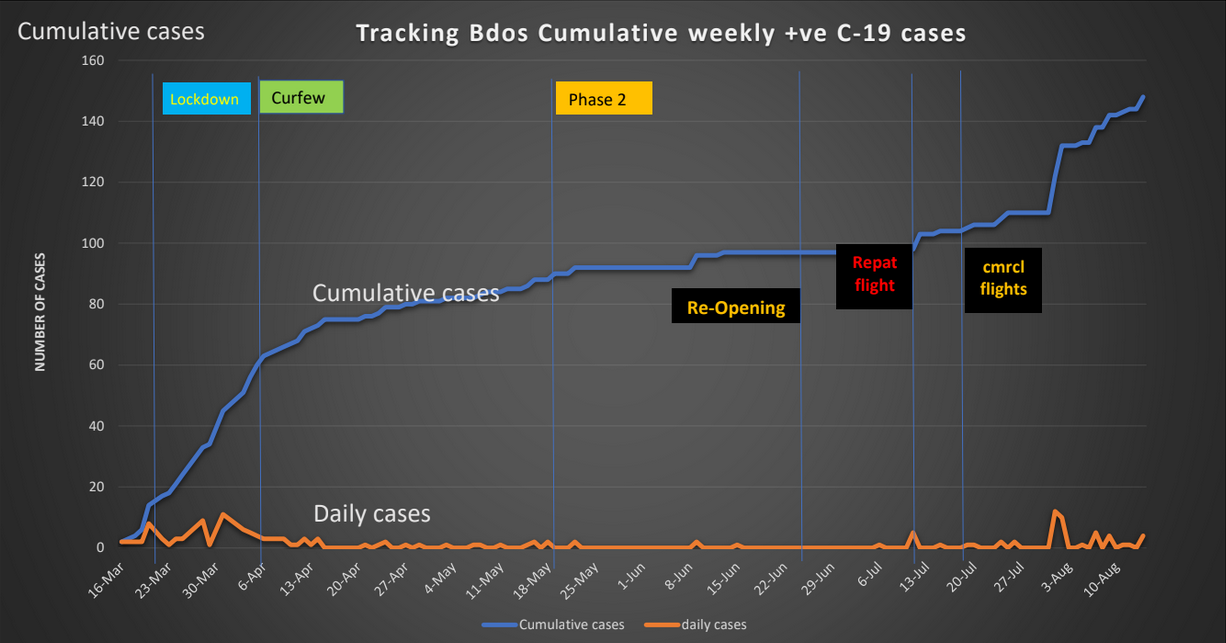 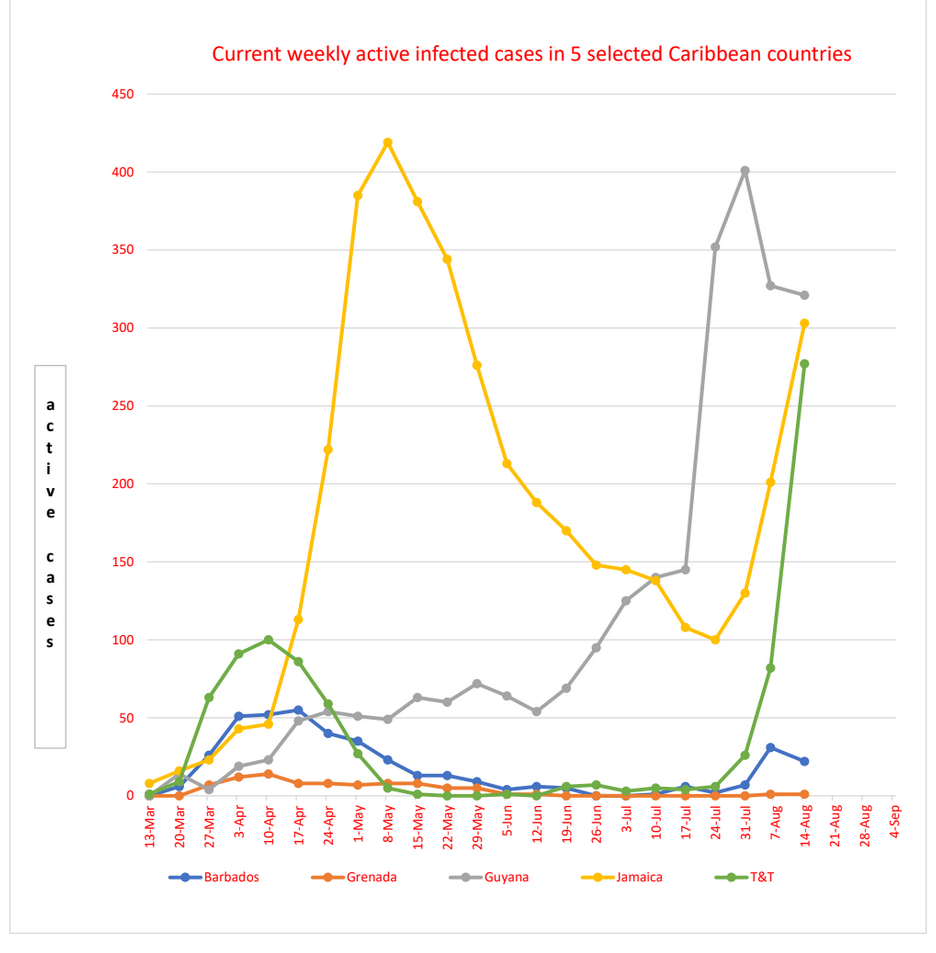 See the two COVID 19 graphs for the week ending August 14th. Jamaica, Guyana and T&T’s active cases graphs show indications of significant community spread. The data from Barbados and Grenada do not. However, the indications are that the testing and contract tracing teams will have to be very vigilant if we are to maintain that status both here and in Grenada - Lyall Small