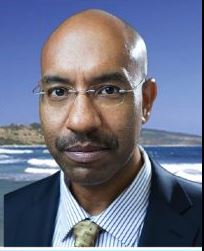 “Change your lifestyle or order your casket, because you will be dead in one year.” That was the blunt advice of my doctor about 25 years ago, after she reviewed my cholesterol test results.

I had harmed my body with unhealthy food, especially when I attended University. After I graduated, I added: no-exercise, very late working hours, and the stress of structural engineering, where getting a calculation 99% right can be fatal to the users of the structures that I had designed.

After agreeing to change my lifestyle, she advised me to do three things. First, I was to visit nutritionist Dr Mark Alleyne at Sir Winston Scott Polyclinic, then get a massage, and do some exercise.

Dr Alleyne advised me to stop eating all dairy products and red meat, and gave me a menu of food choices. He also taught an exercise class, which I agreed to join. When I returned to the office, I searched the yellow pages for a massage business and made an appointment for after work.

When I entered the massage business, the lady turned off the lights and lighted candles. I inquired about this and she said that it was aromatherapy. I said that I came for a massage. She asked what type. I said the type that doctors prescribe.

She asked me to remove my clothes, so I stripped down to my underwear. Perhaps seeing my embarrassment, she said that I had the option of keeping it on. I took that option. Then she told me to lie face down on the bed.

She put both of her hands on a muscle on my neck and squeezed – hard. My body immediately tensed to try to suppress the pain. She told me that it was a knot and that I must not tense up, but I could not help myself.

She then put my arm behind my back and raised it until my shoulder blade stood out. Then she rammed her elbow under my shoulder blade. I opened my mouth to scream, but no sound came out. I wanted to cry, but no tears welled up.

The way that she contorted my body made tensing muscles ineffective at dulling the pain from her main tool, her elbow. So, I relaxed my body and decided to endure the torture in silence. That fateful decision only seemed to make matters worse – for me, since she did not know how much pain she was causing.

There is a level of pain between what a human body can endure, and death. That is where she took me, again and again. This pain was visionary – I believe I saw the gates of heaven.

At the end of the session, she seemed exhausted and finally spoke. She asked me to grade the level pain I had felt on a scale of 1 to 10. I said that it was a 9, because I suspected that a 10 was designed to kill her enemies. She explained that she does not like to start the first session so high, but that I had a lot of knots.

I paid her the agreed sum, and she said to return in 2 weeks to get the other knots out. I had complied with the doctor’s instruction to get “a massage”. However, I did not like the idea of paying someone to beat me up, so I decided to keep the remaining knots.

The following evening, I attended Dr Alleyne’s exercise class. He led us in a stick-dance of over 70 moves, to calypso music. After about 2 minutes I was exhausted – my mouth was dry, my heart was hurting, and I started seeing those black stars.

I thought how I could gracefully leave the class, but I was too embarrassed by my comparative lack of stamina. So I pushed through the 2-hour intense class moving as little as possible. At the end of the class, I decided to give future classes 100% of my effort – and I did.

After the first week, the fat around my waist and around my face was gone. After week two, I regained the body of my youth. After week three, I was ripped with muscles. Then I had an engineering assignment in Nevis.

When I returned to Barbados, I got another cholesterol test done. This time, the results were impressively good. I have maintained good health since then.

I knew that I was not healthy 25 years ago. But it took the bluntly presented option of prematurely ordering my casket to force me into meaningful action. May it have a similar effect on you.