The Jeff Cumberbatch Column – Whose Call is it, Anyway? 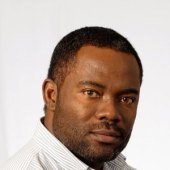 One aspect of current popular discussion in Barbados focuses on the moral and political legitimacy of the Prime Minister’s stated intention to have his administration go down to the figurative wire with reference to its tenure in that role. By this, I am given to understand that he proposes to extend the life of his government for as long as may be constitutionally permissible. Some, anxiously anticipating a change of administration, have sought to assert that this would be a clear breach of convention, although there is a patent absence of clarity in identifying the precise convention that he is alleged to be infringing thereby.

To be sure, a convention is built on a long accepted practice, but it is difficult to deduce any inveterate practice with respect to the calling of a general election in Barbados other than that these are usually called when the Prime Minister of the day decides that the time is optimal for his party’s chances thereat.

It appears to be popularly assumed that the date of a general election is always exclusively within the purview of the Prime Minister’s discretion. However, it is submitted that a close reading of the Constitutional text might arguably suggest otherwise.

According to section 61(3) of the supreme law:

Subject to the provisions of subsection (4), Parliament, unless sooner dissolved, shall continue for five years from the date of its first sitting after any dissolution and shall then stand dissolved.

This provision clearly recognizes that Parliament may be dissolved before its otherwise automatic demise.

Ordinarily, the Prime Minister advising or instructing the Governor General to dissolve Parliament would effect this prior dissolution. This scenario is the subject of section 61(2):

The Governor-General, acting in accordance with the advice of the Prime Minister, may at any time by proclamation dissolve Parliament …

It is also usual, though perhaps not conventional in the strict sense, for the Prime Minister on such an occasion further to instruct the Governor General to issue writs for a general election. However, there is no provision that expressly requires him to do so. Pertinent in this regard is section 62(1) that reads as follows-

After every dissolution of Parliament, the Governor-General shall issue writs for a general election of members of the House of Assembly returnable within ninety days from the dissolution.

A plain reading of this subsection and its juxtaposition to the previous subsection would suggest at first blush that, on a dissolution of Parliament, the Governor General has an absolute discretion as to the issuance and returnability of the writs for the elections in the thirty constituencies.

However, the Constitution also provides at section 32(1) that ordinarily the Governor General “shall act in accordance with the advice of the Cabinet or a Minister acting under the general authority of the Cabinet in the exercise of his functions other than in certain specified instances including those where he or she is directed to exercise any function “on or in accordance with the recommendations or advice of, or with the concurrence of, or after consultation with, any person or authority other than the Cabinet”; and in respect of “any function which is expressed (in whatever terms) to be exercisable by him in his discretion”.

In addition, the next subsection [32 (2)] immediately and expressly excludes certain functions from the application of section 32(1):

Subsection (1) shall not apply to the functions conferred upon the Governor-General by the following provisions of this Constitution, that is to say-

(a)section 66(2) (which requires the Governor-General to revoke the appointment of the Prime Minister in certain circumstances);

(b) the proviso to section 61(2)which requires the Governor General to dissolve Parliament in certain circumstances);and

(c) section 84(4) (which requires the Governor-General to remove a Judge from office in certain circumstances).

In none of these specified cases, therefore, nor in those that are more generally stated in section 32 (1), would the Governor General be obliged to act in accordance with the advice of a member of the Cabinet as subsection (1) mandates.

The questions therefore beg asking, did the framers of the Constitution intend that a Prime Minister should be the sole authority in respect of the timing of elections in all circumstances of dissolution? Or does that exclusivity apply only in a case where Parliament has been dissolved by Prime Ministerial fiat? And does that imply therefore that if the House automatically dissolves itself through the effluxion of time, as in the current case, that the Governor General then assumes sole discretion as to the election date?

Of course, the answers to these questions turn on the construction of the various Constitutional provisions. Patently, the function under current consideration in section 62 (1) is not among those expressly excluded from the purview of section 32 (1) by section 32 (2), so that if one seeks to argue that the Governor General is to have any discretion at all in the matter, this must be premised on the more general exclusions in section 32 (1) itself. These are first, “where he is directed to exercise any function on or in accordance with the recommendations or advice of, or with the concurrence of, or after consultation with, any person or authority other than the Cabinet”, and, second, “any function that is expressed (in whatever terms) to be exercisable by him in his discretion”.

Plainly, the first category is not relevant here, but the second does demand our further inquiry. While it is easily discernible that any function clearly expressed to be exercisable by the Governor General in his or her discretion would be covered by this provision, it also purports to include beyond this any other form of expression of that intention [“in whatever terms”].

The issue then arises; is a provision cast in the following terms “After every dissolution of Parliament, the Governor-General shall issue writs for a general election of members of the House of Assembly returnable within ninety days from the dissolution” correctly to be regarded as a form of expression in whatever terms that confers a function exercisable by the Governor General in his or her discretion? If it may be so regarded, then the deduction is that the Governor General has the discretion as to the date of the general election once Parliament stands dissolved by effluxion of time, though perhaps not where this has been effected by prime ministerial fiat. The distinction is indeed a nice one.

It is conceded that this interpretation has never been observed or even suggested in our fifty plus years of written constitutional governance. Nor is it likely to find favour with any political operatives now. For one, it flies in the face of the assumed convention of unlimited prime ministerial discretion in most matters, thereby disrupting accepted practice; for another, it has not yet been to my best knowledge the subject matter of any judicial determination and is thus likely to be treated as mere academic opinion and, third, it is likely to result at the current time in partisan division, based not on the validity of an alternative construction of the Constitutional text but on precisely that; partisan consideration.

Our regrettable lack of clarity in this matter is to be contrasted with the drafting precision of the provision in section 69 (1) of the Trinidad & Tobago 1976 Republican Constitution –“A general election of members of the House of Representatives shall be held at such time within three months after every dissolution of Parliament as the President, acting in accordance with the advice of the Prime Minister, shall appoint.” [Added emphasis].