You can put the fall of overall standards in Saint Vincent of every kind down to one person; the decline has taken overall about twenty years.

The problem is it continues to decline with a massively flawed education system producing hundreds of badly educated people every year. Those that succeed regardless are but a few lovely flowers in a sea of underachievers. Please do not mistake me; I am not blaming the children; I blame the leadership and the fraudulent cry of an Education Revolution. Many children simply drop out of education prematurely. Education over, they are either unemployable, or no employment is available.

Usually, investors refuse to invest in a communist influenced country for fear of losing their investment. They have seen what happened in Venezuela, and know we are followers of theirs

There are more poor people in SVG than ever before. There was even a better standard at the end of slavery. There was a better medical system and hospital facilities then than today.

There are more people on poor relief than ever before.

We have seen the purposeful destruction of agriculture. Prime farmlands have been built on. Land at Buccament and Belle Isle a prime example. Farmers are only left with difficult hill lands.

Agriculture was supplied with a beautiful irrigation system; a system destroyed by the failures of one man. It no longer exists.

Banana export destroyed by failure to follow crop spraying norms during the black Sigatoka era. Everything that has taken place has furthered the ruin of agriculture and promoted the switch of people and systems to be reliant on tourism.

Opposition political leaders were beaten up and thrown out of parliament. Causing serious injury to one parliamentarian’s back as he was thrown down the stairs.

Wages have not followed inflation; dollar on dollar, people earn half as much as twenty years ago. I am not talking about amounts of money; I am talking about buying power; their dollar buys far, far less than twenty years ago. People are far worse off than they should be under a right-thinking regime of real Vincentian lovers. Instead of the false love of left-wing tyrants that we have currently been landed with.

Embracement of Marxism, Stalinism, Chavesism, Castroism, all the people who the world would have been a much better place without. One man’s warped ideals imposed on an unsuspecting nation.

The people are unknowingly paying tax on tax on tax. It all starts at the import shed, where the customs charge importers huge duties and taxes on behalf of the government. Then, of course, the importer passes that on to the next buyer. After that, the people pay VAT on what they buy, and eventually, the public buys something that has risen in cost three times. Remember they even put VAT on salt, never heard of anywhere else in the modern world.

Who must we blame for all this? The answer is. One man must bear full responsibility. I do not even need to call his name. Everyone knows who I am writing about without any clue from me.

Middle-class people can never be made into peasant class communists. But in SVG they had the formula for doing just that. It took twenty years to destroy much of SVG’s middle class. Many eventually joined the unemployed, others melted away and moved abroad. It took twenty years to make many people reliant on the government for handouts and not to do anything for themselves. Now there are many young people who have never had a job, and unless they strike lucky, will never work in their lifetime.

It took twenty years to turn fierce Vincentians into cowardly pussycats. It had to happen that way for this regime to stay in power; they hope forever. But there must be a continuity of top family leadership for forever to happen, so a dynasty has been created; it is already in place and operating.

The result of creeping pauperism has been in building a two-tier society. The people at the top protected by the regime from prosecution can literally get away with murder; they can do just about anything illegal with little consequence. As has recently been demonstrated, they can trespass on the property of others and shoot people with little or no consequences. In contrast, the new peasant society with no rights are just punching and shooting fodder for the police, and for anyone in the proletariat of this contemporary society to regard as open season game to hunt and abuse, a time to have fun without consequence. Even rape charges in leadership dismissed by the DPP.

We have seen businesspeople destroyed, multiple raids by police with illegally gotten search warrants issued by tame Justices of the Peace. Young women abused, and raped, young women used as a plaything, a sex toy, and eventually sent to the mental home to be pumped up with sedatives and mind-altering drugs. Many of the peasant class appearing in courts after police interviews with faces battered and bruised.
The police take the view it is their duty to beat confessions from the accused in the interview room. They shoot first and ask questions afterwards, so if people run, they use the gun. They are also known to take people they have picked up into the mountains, to dump them, making them walk many miles home.

The whole system is affected; the magistery, the police, the DPP’s office, the judicial system has become answerable to just one man.

Many of the countries lawyers and barristers frightened to speak out less they get a 4 am knock on their door from the Tax Department and the Black Squad goons, an arm of the political police. They were warned about being tax cheats, some paying no tax at all. So, you can understand why they stand by and say or do nothing. There are a handful who do not fall into the category of being able to be blackmailed into being frightened.

People have died in questionable circumstances; people have disappeared too. The common denominator being politics. One of the biggest taboos seem to have been to change party loyalties, to go over to the opposition, that seems to have brought death to several. One of the strangest deaths which was indeed murder was that of Glenn Jackson.

The Religious leaders are cowering in the corner of their churches, not just from the fear of a man, but of a fear of losing their tax-free status, along with the ability to import whatever they want duty free. Thus, the nation has been sold out by the very people in whom they put their trust. These people have sold us all out for a few shekalim.

How will it end? Like during many past such events in the world, we must hope that the pussycats transform into tigers and take back what belongs to them, freedom, employment, and prosperity.

It will be a shame if the people eventually take to violent revolution. Please keep in mind people, peaceful protest and peaceful methods are the best route. 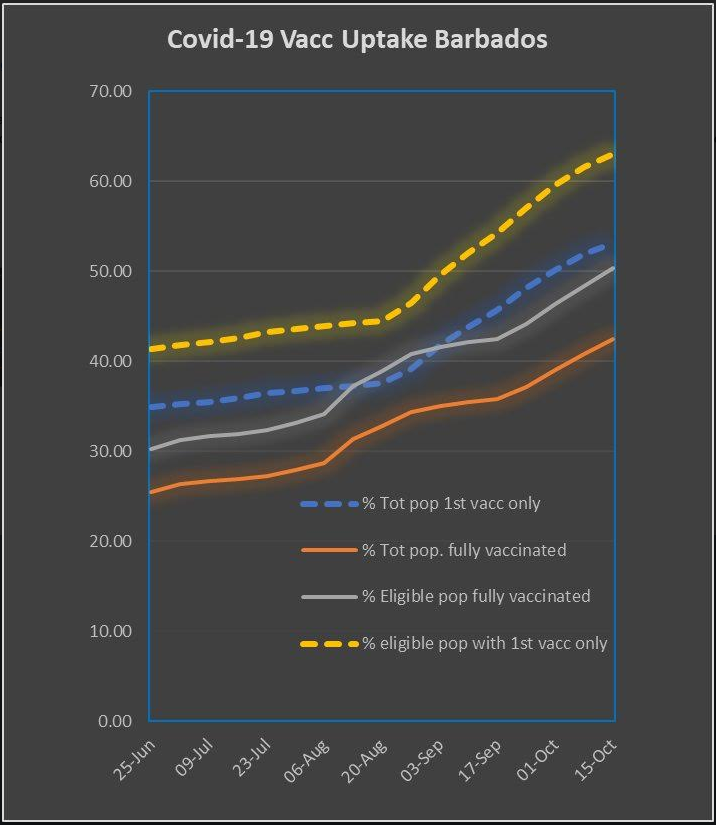 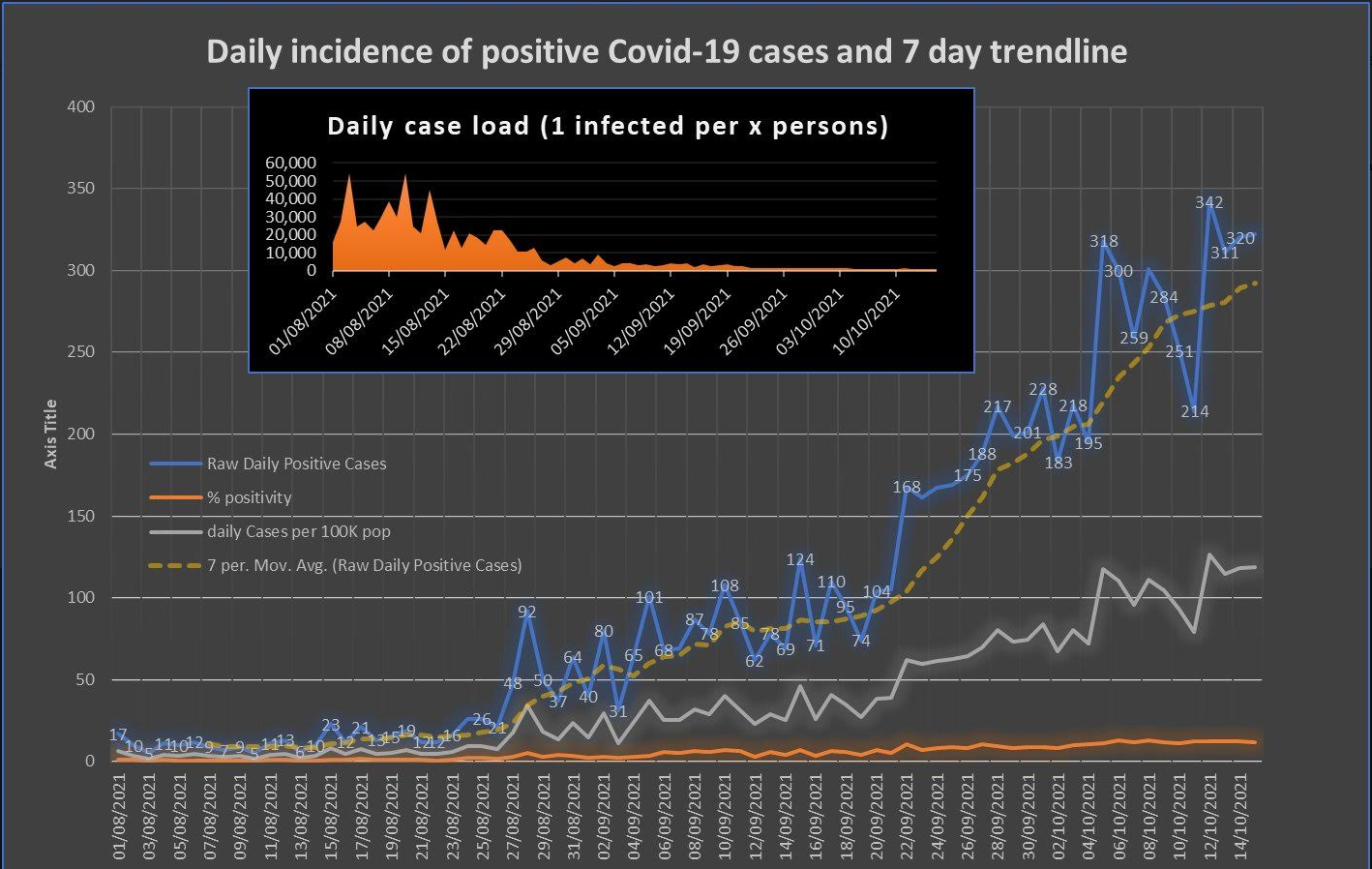