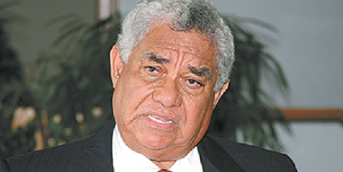 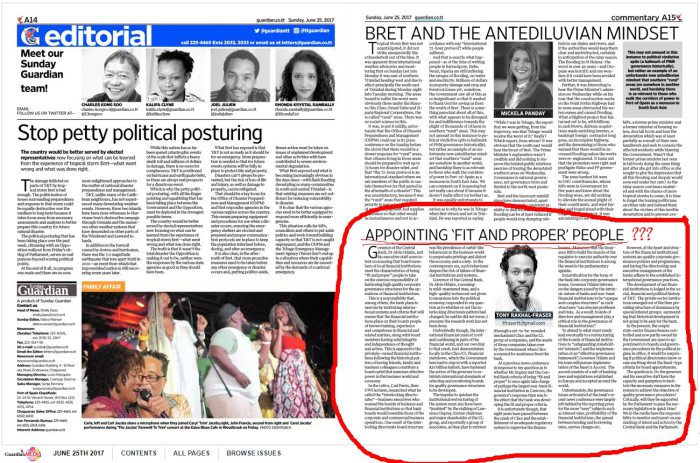 In today’s world of ‘Alternative Facts’ we have to be alert to the special dangers posed by ‘False Equivalence’. False Equivalence arises when two arguments are presented as being of equal relevance, but in fact one is solidly fact-based and the other is mere speculation or invention. Those dangers are especially present in matters of public importance, as recent events have shown.

Tony Rakhal-Fraser’s Sunday Guardian column on 25 June 2017, titled Appointing ‘Fit and Proper’ People, made me wince, despite his usual high standard of writing. My reaction arose from what appeared to be an attempt by the Central Bank Governor to promote a new discussion on the fit and proper rules.

For the last several years the coastlines of Caribbean islands have from time to time been clogged with sargassum. It is a seaweed that floats

We had a double murder this week and last night quickly added another to the number of murders for 2022. It must be obvious there

The latest chatter on the local newsfeed is about Barbados’ scheduled repayment of $928 million dollars by end of 2029. To avoid attracting the wrath

As with all issues, this emotional issue has two sides. Based on the reactions of both sides, they are not listening to each-other. Insulting those

First it was the Queen Elizabeth Hospital, and now some heartless Barbadians have found a new dumping facility for their elderly relatives at the Harrison

Submitted by Steven Kaszab I hate this subject with a passion. Nothing can drive apart a relationship, group of people or stop a conversation stat

It would be remiss of the blogmaster if the yesterday’s 2022 Grenada general election was not highlighted in this space. Keith Mitchell’s New National Party

For as long as BU has been around there has been concern expressed about the shamble state of travel in the region. The HoGs are

Attached are the updated Covid-19 charts for the week ending 24th June. The charts show a consistent uptick in the incidence of Covid-19 over the last few days. This might merit increased attention by the authorities, especially as the Ro reproductive number, which has been under 1.0 since mid-may, has now surpassed 1.0 for the past 3 days.