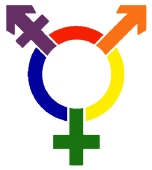 KINGSTON, 25 April, 2016— UNAIDS condemns killings and violations of human rights against transgender people reported in recent months by civil society and media in different countries of Latin America and the Caribbean, including Argentina, Brazil, Bolivia, Guyana, Honduras and Venezuela.

In Bolivia, through a press release issued last week, the LGBT Collective denounced the deaths of two transgender women in the city of Santa Cruz, requesting that the State accelerates procedures for investigation and punishment.

In Venezuela, according to a report by the online magazine Panorama, seven transgender people were killed between February and April, three of them in Barquisimeto.

In Brazil the situation is also serious. Glória Crystal of the organization Livre Orientação Sexual e Identidade de Gênero told O Globo in an interview published on January 16, 2016, that since the beginning of this year 48 transvestite and transsexual people had been killed throughout the country.

In Honduras last weekend the LGTB civil society organization Comunidad Gay Sampedrana para la Salud Integral called on the Public Prosecutor and the human rights organizations to ensure that the death of the transgender activist Alejandra Padilla does not go unpunished.

In Argentina, last month, repressive and violent actions carried out by law enforcement officers against transgender people were reported in the province of Salta, during eviction operations.

Violence against transgender people in Latin America and the Caribbean is compounded by their lack of access to justice. Last month in Guyana, three transgender women were forbidden to attend court or to appear before the court because they were wearing female attire.

According to the report on violence against LGBTI people in Latin America and the Caribbean published in December 2015 by the Inter-American Commission on Human Rights (IACHR), trans women are immersed in a cycle of violence, discrimination and criminalization which usually starts at an early age with exclusion and violence suffered in their homes, communities and schools.

UNAIDS urges governments in the region to do everything in their power to investigate, prosecute and punish those responsible for the killings of trans people and increase their life expectancy through measures that reduce vulnerability to violence and death.

At the same time UNAIDS urges states to promote a culture of human rights, in order to reach the goal of zero discrimination. Without this it will be impossible to end the AIDS epidemic by 2030, as part of the Sustainable Development Goals.

UNAIDS also expresses full support for the Latin American and Caribbean Network of Transgender people (REDLACTRANS), in its efforts to end the intimidation and violence endured by transgender people throughout the region.