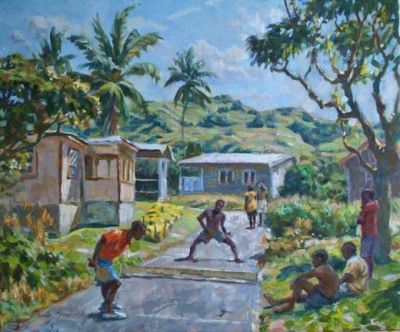 Road Tennis is an indigenous sport to Barbados