Let us discuss Judas Law, Judas Politics, and Judas Business. The Vincentian Judas syndrome. Pontious Pilate and Herod were murderous statesmen, but unlike today’s political leaders they were then and are now historically called statesmen.

Today in Saint Vincent, few political leaders can be classed as statesmen or even stateswomen. Today’s Saint Vincent leader is little more than a flatulent hog, bloated with food and severely damaging the worlds ozone layer.

Saint Vincent has been ruled for twenty years by a man who has helped more than any other Vincentian himself and his family, to destroy the kindness and the traditional Vincentian way of life. He has created a family dynasty’s root structure to continue his ruling behaviour into the mist-shrouded future.

As the prime minister, he has created all sorts of nasty traits in his image, attributes, and behaviour mirrored, copied, and emulated by young people who are easily moulded, convinced, that nasty is better than nice. Wrong is better than right.

None of the grandparents of today’s adults would have elected Ralph Gonsalves, he was in the wilderness for years, hated by housewives, classed as a communist moron for the better part of his early political life. Local newspapers chat pages were full of anti-Gonsalves rhetoric. Stories that were not written by politicians or academics but by little old grandpa’s and grandma’s, ordinary Vincentian folk who wanted none of the left-wing rubbish growing like cancer in the country’s womb at the time.

Most of our grandparents hated him; some even feared him and his communist-style politics. They would never have elected him in a million years; local Vincentian newspaper columns were always full of comments by those folk condemning and calling him nasty names. They saw a threat in him being head of government, leading the government, even being a member of parliament (MP) as a definite no. No.

How then did we end up with someone who was unliked and mistrusted by the old folk?

That was a part of the early introduction of the Judas syndrome introduced into Saint Vincent by such rotten characters as Vincent Beache. He entered politics in 1972 when he was defeated in the North Central Leeward constituency by Victor Cuffy of the People’s Political Party (PPP). After that, Beache was to win the seat on the next three elections held on 1974,1979, and 1984, twice trouncing Ralph Gonsalves and Victor Cuffy. Vincent Beache was indeed a Judas character; he sold out the Labour Party of Saint Vincent to a party with communist leaders, people who could not get elected. Gonsalves at the time was part of the MNU leadership and that political party had Leninist Communist ideals. The membership was all rank supporters of Karl Marx and loved Cuba, the revolution, and dreamt of being Vincentian Castro figures.

So how did Judas Beache sell out our country of decency to a rag and tag collection of young want to be revolutionaries? It was not difficult, and history has shown it was a sell-out and not a giveaway by the Judas. Vincent Beache was honoured to such an extent for his service to the communist cause that he spent all the years up to his death almost, reaping the profits of his Judas actions.

The Unity Labour Party (ULP) was founded in 1994 by a merger of the Movement for National Unity (MNU) and the Saint Vincent Labour Party (SVLP) with Vincent Beache as its leader. The MNU was a communist stronghold party, which was never a stronghold, more like an unwanted weak-hold party. A party of Castroites and people who wanted to change Saint Vincent into a Marxist monster world.

At the end of the contentious 1998 general election, when polling results giving the New Democratic Party (NDP) eight seats and the ULP seven seats were announced, Vincent Beache declared that he could not accept the outcome and called for fresh elections, alleging voter intimidation, fraud, and bribery. The NDP promptly rebutted this.

Vincent et al. Judas Beache resigned as leader of the ULP in 1998 after doing a secret deal with Ralph Gonsalves, making way for Dr Gonsalves to assume leadership of the party.

When the ULP was elected to office in March 2001, Beache was returned as Member of Parliament for South Windward. Despite all the previous name calling Gonsalves fully embraced Beache. Although Beache knew nothing whatsoever about the subject, he was made, under the Gonsalves leadership, Minister of National Security, and put in charge of the Public Service and Airport Development in the Gonsalves’ ULP administration of 2001 – 2005. He also acted as Prime Minister at various times between 2001 and 2005.

Vincent Beache resigned from Government and active politics before the general elections of 2005, vacating his seat in South Windward where his son, Glen Beache successfully replaced him.

In retirement Ralph Gonsalves ensured Beache remained active in public life, serving as a close advisor to Prime Minister Gonsalves and on the boards of several Government-owned companies and organizations. He was credited with responsibility for the construction of the Belle Isle prison. Also, he drove the process for the establishment of the Eastern Caribbean Civil Aviation Authority (ECCAA) while contributing to the establishment of the Argyle International Airport (AIA), the Canouan jet airport and many other important initiatives like the Campden Park Industrial Estate. The rewards had started to flood in; he earned more money from politics than he ever dreamed possible. A grateful Ralph Gonsalves heaped every position of financial gain potential on Judas Beache.

The biggest Judas triumph was in 2002 when Vincent Beache was awarded the Knight Commander of the Order of St Michael and St George (KCMG) in the Queen’s Birthday Honours for distinguished public service. Recommended to the Governor-General for knighthood by Ralph Gonsalves and the Judas now became known as Sir Vincent Beache. Most of us who follow politics know the only distinguished service emanated from Beache was shown to only one Vincentian, it was Ralph Gonsalves that benefited from Vincent Beache. Gonsalves without Beach would have been a political failure all his life. Beache never stopped benefitting from the Judas action of passing the leadership of the ULP to Ralph Gonsalves.

The people of Saint Vincent and the Grenadines, well perhaps not the Grenadines, because the old and wise in the Grenadines knew and recognized the truth and never accepted the communist MNU now cloaked, shrouded from view, and known as the Unity Labour Party. But those Labour supporters from Saint Vincent island were sold a pup and never recognized it, they thought, and still think the ULP is a labour party when it is a communist party, organised and controlled by a communist leadership. A party that has spent two decades actively working and whittling away Vincentians’ rights and privileges to bring them into line with the ULP model, Cuba.

Today even more people cannot live without state handouts, three times more getting national benefits. Despite that, there are still people going hungry, more people without work, and no youth jobs. But all that we must expect when we are the subjects of a bloodless revolution, a peaceful transition to being a fully-fledged communist state. Most of the poor must expect to be put to some severe hardships during the transition.

Many middle-class have fled to the US, Canada, and the UK. They are the lucky ones; they can expect a better life beyond the reach of the Judas principles and the Communist League of Nations registered ULP government.

Those of us left to fight Saint Vincent’s left and their hero nations, Cuba, Venezuela, Iran, North Korea and all the rogue states everywhere whose principles are based on rigged elections, bought elections, stolen elections, even no elections, using dirty military and dirty police to help achieve dirty Judas governments. We must never give up the fight in ridding SVG of its Judas Judiciary, Judas Police, and Judas Government. Remembering how they came to power with Judas politicians’ help, we must persevere in telling what we see, what we hear, and what we believe.

It is time to become even more anti-communist revolutionary and reject our affiliation to Cuba, Venezuela, and all those other Judas states. Perhaps it is time for us to have our bloodless revolution, but decent, honest Judas hating people do not work like that.

The great thing about life is that it is eventually self-cleansing, death of Judas leaders ultimately relieves the world of the Judas syndrome bringers. We have seen the end of several Judas leaders, Castro, Chavez, Beache, and soon because he cannot live forever, Ralph Gonsalves. The latter may already be well on the path to goodbye due to his excessive eating, gorging like every meal is the last supper, his last meal, perhaps it is, maybe it is! 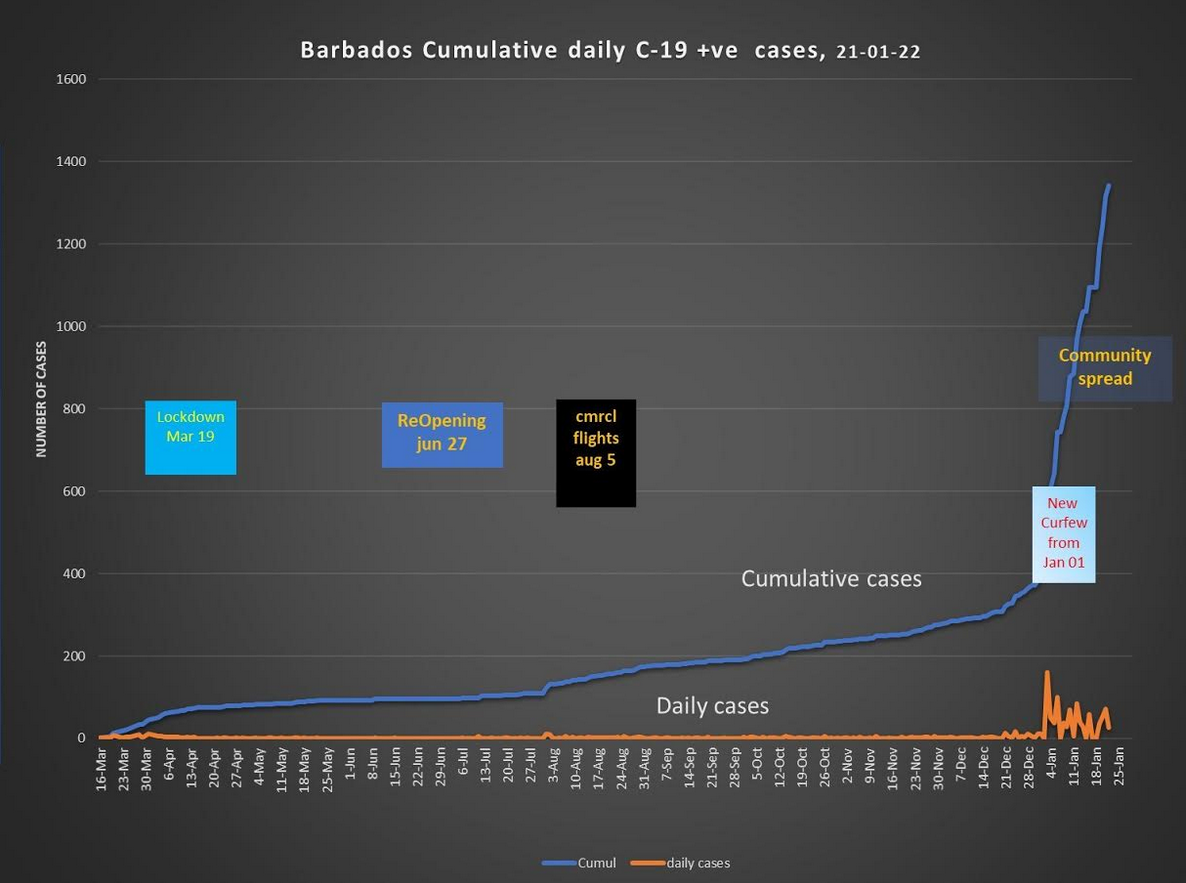