Tales from the Courts – Sir Marston Gibson a FAILURE XIX 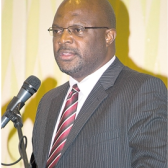 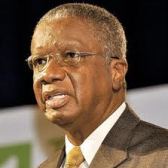 It was with more than passing interest that BU read the Nation article of 15 January 2014 entitled SLOW JUDGEMENTS HEAVILY CRITICIZED.

It is somewhat daunting to note that the Nation has only now espoused this cause as the result of cross-party agreement in the House led by former attorney general, Dale Marshall and supported by the PM and the present attorney general. This, after all, is an issue that BU – Tales from the Courts – has been resolute in airing for some years now and it appears that it is only now that a leading economist has publicly pointed out the obvious, that the demise of the justice system is almost completely responsible for the fall off and withdrawal of off-shore and foreign investment, that it now has been raised. Although, to be fair, last year in Toronto, the PM did serve notice that the justice system and courts had to be sorted out. But still his warning appears to have fallen in deaf ears and he himself has not done anything since.

Mr Marshall’s comments were somewhat confusing, even contradictory to us in one certain respect. The Nation reports:

“…that while the Supreme Court judges and the Registry staff did their best, Barbados clearly had a problem when the CCJ continued to lament delays in local judgements.”

Is that political-speak for, “The Registry from the Registrar down and the judges are incompetent and ought to be fired, but vote for me, because you know I will take it easy on you and protect your jobs?”

The whole thrust of Mr Marshall’s comments was centered on a delay in the delivery of judgements. So maybe he can expand on his statement and tell us how, since he is still owed a judgement from a retired judge (and we are certain we know which judge that is) the judges are doing their best. We are agog to hear his views.

But that is only a part of the problem. The delay in having matters set down for hearing and the continuation of adjourned hearings (hearings that are “part heard”) is also a major concern. So what contributed to the mess here?

Once he became CJ, David Simmons implemented a few very interesting rules that may not be known about by the general public.

FIRST, judges had been in the habit, once they started the hearing of a case, of consulting with counsel and setting a date for continuation if the matter had to be adjourned because it had run over its allotted time for hearing. Judges and counsel would consult their calendars and determine a date to continue the hearing. The judge in question would then inform the Registrar of that date and in these days of the computer, the Registry would be enabled to ensure that they booked future hearings for the judge around those dates. It is also fair to point out that, prior to a hearing, counsel on both sides are required to file a document with the court setting out how long they estimate the hearing will take, so that adequate time can be allocated.

But no. Sir David would have nothing to do with this practice of judges themselves setting dates for themselves and instead banned judged from setting dates for the continuation of part-heard cases and placed the responsibility of this into the hands of Mr. Murray, an officer in the Registry, but he had to consult Sir David first before scheduling the continuations. So, Sir David departed from the system used in most countries (like the UK, the USA and Canada) where the justice system is both efficient and timely, because, of course, he is MUCH brighter than anyone in those countries. The result? CHAOS. Mr Marshall pointed out that many attorneys had taken to suing judges over the delays. He is right. They have. And we know of no such case that has yet been set down for trial, some after as long as 3 years. Wonder why!!

In the past, BU followed the Kingsland matter as a result of an action on it before the Ontario courts in which Barbados, David Simmons, the PM and the Leader of the Opposition, amongst over 60 Bajans, had been sued. In doing so, the fact that the person behind the action in Ontario (Marjorie Knox) had been sued for fraud in connection with Kingsland, came to light. So, BU asked a question on what was happening with this fraud action, since nothing after 2009 has been heard and we are monitoring it carefully. We were astounded by the answers we got.

The case, No. 2279 of 2003 (which means that it was commenced in 2003) finally was scheduled for hearing starting January 29, 2009 before Worrell J. And indeed it was heard for five days, many witnesses examined and cross-examined and hundreds of pages of transcript evidence taken. And then, part-heard, it was adjourned and despite countless applications to the Registrar for it to be continued, continues to languish, 5 years later, during which time one of the summonsed witnesses, as yet unexamined, has died. Meanwhile, Knox has brought an application that the action be discharged on the basis of lack of prosecution by the Plaintiff, as if the Plaintiff has control over the matter once it goes for scheduling and has commenced hearing. This application by Knox’s attorney was heard before Alleyne J, who required no less than three hearing dates and affidavits to be filed in a matter that, frankly, BU would have thought was trite law and should be thrown out as frivolous and vexatious…..and after three full hearing dates and the expense of counsel and preparation of affidavits and written submissions, chargeable by Knox’s attorney (and we can prove this rate from the McKenzie Files) at $750 per hour for himself and $350 per hour for his junior) what does Alleyne J. do? Send it back to the Registrar to set it down before Worrell J to hear the application for dismissal.

The egregious part of this is that IF an action is filed against the attorney general for delay, Worrell J., who has no control over the process, will be joined with the AG as a defendant. That is a given. Although Worrell J. has no control whatever, any more than the parties do, over the scheduling.

But we are happy that Dale Marshall thinks, on the subject of judgements delinquent by as much as 10 years (some more and from judges in retirement – on pensions paid by the taxpayers/litigants) that Barbados’ judges are “doing their best”. God help us if that is an example their best, which, unfortunately, it is.

SECOND, there is the matter of probate. Here again, we see the brain-power of Sir David and former Registrar, Marva Clarke (now fortunately gone with, no doubt, full pension). Probate used to be a simple matter in Barbados. Attorneys used to file their documents and, if there were any perceived problems by the Registry (mostly imaginary and as the result of imperfect understanding of the requirements) counsel would go and examine the file, pay a call on the Registrar, and the matter would be clarified and sorted out and probate could proceed. Now, in order to examine the files, counsel must go to the Registry, enter a request in a book, then there is a three week wait (officially, although some counsel have been waiting a lot longer than that) and they can then examine the files one afternoon (Tuesday) a week between the hours of 2 and 3:30.

Given the extensive and expensive computer equipment installed at the White Elephant of Whitepark Road, can anyone explain to BU why these files, in the public domain, cannot be made available to counsel online? We know there is state of the art scanning equipment available. Are we to assume that the Registry staff is “doing its best” NOT to learn how to use it?

It is encouraging, nonetheless, that the demise of the justice system, and with it our off-shore and foreign investment market, has become a cross-party issue. And so it should be and we are only astounded that it has taken so long in light of the lamentable state of the economy. The rot started and proliferated under David Simmons as CJ (BLP) and is now perpetuated by the DLP’s choice of Chief Justice, Sir Marston Gibson. One disaster following another. The BLP is culpable for starting it and the DLP will be equally culpable if it does not cure it.

We are therefore encouraged by the stern comments of the PM and we assure him that we not only have ears to hear, but are listening (and watching) with total attention to see what he will do. After all, as one internationally famous jurist has said (and as we reported previously) “The independence of the judiciary is not absolute as long as they are paid by the taxpayers.”

So Barbados languishes in recession and as the rest of the major economies like the UK, the USA and Canada are in full economic recovery. Is there going to be a knock-on effect from this economic prosperity? For a country damned by the international press due to the actions of its Commissioner of Police (Dottin) and where the justice system has broken down to an extent that has all investment counselors and brokers worldwide putting Barbados on its no-go list? Does anyone think so? And does anyone think few statements in the House (cross-party or not) are likely to reassure investors so we can share in the recovery? We believe it will take aggressive actions, not words, to get anywhere.