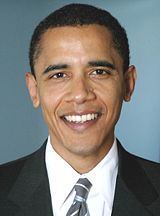 On New Years Day 2008, The Democratic Labour Party (DLP) introduced its 30 candidates in Oistins at what they dubbed a Cultural Extravaganza. All those present observed a massive crowd in attendance. In the aftermath of the meeting, it has generated considerable debate as to whether the sizable crowd was a result of the popular entertainment acts on show or the anticipated offerings from the politicians. Whatever the reason, the DLP was successful in attracting people who are eligible to vote to hear their message and that is the important thing to note.

NO, we are not repeating our story of yesterday!

Leader of the Opposition David Thompson in his presentation to the large audience addressed the issue of his readiness for leadership. He obviously feels that this is a key issue which will be key to the outcome of the upcoming general election on the 15 January 2008. David Thompson has been compared by his detractors to former West Indies cricketer Carl Hooper – has looked the part but has stopped short of realizing his full potential. From a school boy it was felt by many that Thompson was a future Prime Minister and the fact that he has not yet satisfy that expectation is a source of perennial discussion across the length and breath of Barbados. He has all the ingredients which successful politicians appear to need to be successful; yet he has never been able to clear the hump. He possesses charisma, good oratory and debating skills, a long track record of working in the community, a personal and family background which is devoid of questionable morals and values and the list goes on.

Why then has Thompson struggled to make the break-through all the way to the top?

The reason for the unfulfilled expectation maybe traced to the thesis of David Thompson’s speech in Oistins on New Years Day. He surprised many by parking his prepared text and proceeded to reference Barack Obama’s struggle to become the first black President of the United States who coincidentally has built his campaign on the need for Americans to ‘Stand for Change’. Obama is the product of a Black father and a White mother which explains his ‘light’ complexion. Thompson referred in his speech to the dilemma of many Black Americans who don’t think Obama is Black enough and to many Whites, they too feel he is not White enough. The consequence of it all could be the alienation of a candidate who many feel is imminently qualified to lead the US of A.

Thompson who has ‘suffered’ the same fate as Obama, compounded by the fact that he was born in England, and in the Barbadian vernacular is frequently referred to as a ‘red-man’ has had to struggle with the distrust by some Barbadians. David Thompson confided to the Oistins crowd that the questioning by some Barbadians of his commitment and ability to lead is unfounded. He proceeded to list his resume which he traced to a school boy to try to dispel the deep-rooted perception. Thompson can take encouragement from the victory by Obama last night in the Iowa Caucus. This is a significant victory against the background that Obama has trailed Hillary Clinton in the nomination race to represent the Democrats in the upcoming Presidential Election.

The colloquialism of the ‘red’ Barbadian should be the basis of a case study for our friends on the ‘Hill’. We have a ‘feeling’ that Thompson’s light-shade has been responsible for the enigmatic relationship he has had to suffer throughout his political life in Barbados. The victory by Obama has demonstrated at this early stage that most challenges can be overcome.

Read another story on the election campaign trail in the build-up to General Election 2008 on the Barbados Free Press ~How Do You like The Sound of “Prime Minister Clyde Mascoll”?